Homeland Special Disadvantages
*Zhentil Keep has been the source of much evil in the Realms for quite a long time. All NPC encounters are penalized at -4 for Zhentil Keep natives.
*Zhentarim and Zhentilar agents are forced to funnel 50% of their funds (before expenses) back to Zhentil Keep. Failure to do so results in the issuance of a death warrant that few can escape.
*Zhent spellcasters suffer a reduction in magical ability when casting divination spells, all such spellcasters must lower their effective caster level by two when casting such spells (minimum 1st). This reduction applies to spells cast personally or invoked with magical items.

Tiefling infravision enables them to discern gradients of heat within 60 feet of darkness.
*Random Ability 1: Cast Fog Cloud once per day
Random Ability 2: Cast Detect Magic thrice per day (2 remaining)
Random Ability 3: Resistant to infection. Gain Advantage on saving throws against disease
Random Ability 4: Psychic Aegis. You have a fragment of the strange mental powers of your fiendish forebears, allowing you to defend yourself against mental attacks. You gain 2 psionic power points per level and know 1 telepathic defense mode of your choice (these stack with any other psionic powers or talents).
Random Ability 5: You gain an additional +1 racial bonus to your Charisma score (to a maximum of 20)

Special Features (Cleric):
*Safe haven, food, and board within the temple. In exchange, the cleric is expected to help the other clergy present. This hospitality is automatically extended to as many companions as the priest has levels. (A generous and gracious temple may extend it to anyone.)
*A loan. Moneys borrowed may equal up to twice the cleric’s level times a hundred (in gold pieces). The loan must be repaid within 30 days.
*Muscle. An cleirc may request the services of a number of 1st-level fighters equaling twice the priest’s level. All fighters will be equipped with chain mail and the traditional weapon of their faith (i.e. warhammers for Tyr or battle axes for Tempus). The time of service cannot exceed the cleric’s level in days, and the purpose of the mission should somehow advance the cause of the priest’s faith.
*A cleric assistant of the same faith. The helper’s experience level equals half that of the priest served, rounded down; up to a maximum of 4th level. The assistant may be kept for up to one week per level of the priest before having to leave.

*Additional bonuses granted at levels 8 and 9.

*Use Scrolls: Starting at 10th level, any Thief with the Literacy proficiency may attempt to use both Wizardly and Priestly magical scrolls by making a successful Literacy check. On a failed check, the scroll backfires in some way.
*Followers: (See Thief Page)

Special Features (Shar):
*All clerics of Shar can see in the dark, courtesy of infravision. This has a range of 60-ft. for those without infravision or adds 60-ft. of infravision for those who have it already.
*In combat against worshipers of Selune, clerics of Shar get a +1 to attack and damage rolls, and a +4 bonus to their morale. If there are multiple opponents, the cleric will ignore them and focus on a target known to be a worshiper of Selûne.
*Clerics of Shar can both command and turn undead.
*Clerics of Shar can cast forget once per level, each day.
*A cleric of Shar’s augury is always successful, even though they give the results in riddles and evasive phrases.
*A cleric of Shar of 3rd level or higher can act as an oracle, telling the future for one questioner per day. The base chance of accuracy is 40%, plus 5% per level above 3rd.
*At 5th level, the cleric can cast darkness three times a day.
*Once a day, a cleric of 5th level or higher can utter a soothing word that will eliminate one bad memory from the victim, provided the latter allows the cleric to use this ability on them.
*A cleric of 7th level or higher has access to a special perfume. If the smeller fails a save vs. poison when within 5-ft. of the cleric, they are affected by a forget spell. One application lasts for a day. Clerics of Shar are immune to the perfume’s effects. If anyone else wears the perfume, they smell as if sprayed by a skunk (-4 temporary Charisma loss).
*At 7th level, clerics of Shar can cast continual darkness once a day.
*Starting at 9th level, the cleric can call upon the power of Shar once during the week of the new moon. This power grants an increase in experience levels as if he drank a potion of heroism. These effects last until the immediate melee encounter is over. This power affects only the cleric and is not nullified by his experience levels like a potion of heroism is.

Special Disadvantage (Shar):
*Clerics of Shar are not suited for combat. They fight at a -4 penalty to hit in bright sunlight, or during the full moon. They are also surprised on a 1-4 on a d10 under those conditions.
*Despite their semi-benevolence, clerics of Shar are often identified with the evils brought by the rest of Shar’s faithful and suffer a -2 reaction penalty accordingly.

Born in Zhentil Keep and raised under the strict theocracy Darya has known much oppression, mainly due to her Tiefling lineage which makes up a small minority of the keep. At a young age her Tiefling parents were deemed heretics of the government, disloyal or rather, not loyal enough to the aims of the city. As they were put to the sword Darya merely smiled and logically concluded that they would pay their penance, for better or worse, in the afterlife. Despite these minor setbacks, life in the Keep came easy to her. Initially adept at sneak-thieving, burglary and pick-pocketing, Darya fit right in with her peers. Her ugly appearance and demeanor merely added to the manner in which she was viewed as adept by her peers.

In her early adult she was approached by a local member of the Zhentil Keep Theocracy and given a robe. As she put it on she immediately noted that it possessed a single face on it: A plump halfling woman in her late tweens with curly golden locks and rosy cheeks. ‘This robe’, said the mentor, ‘will provide you with a mask and false identity at all times. Use it well, for it carries a heavy burden. You must travel to the Abyss and gain favor of the goddess Shar. ’The Abyss!?!’, Darya exclaimed. ‘The Abyss,’ replied the mentor. And so over the course of many years Darya traveled between the Material plane within the Zhentil Keep and to the Abyss. It was here that she became entwined in the Blood War, occasionally reporting her deeds back to her Zhentharim Superiors but always building a stronger connection to Shar. She now serves the latter before the former and her trips back to Zhentil Keep have somewhat decreased in frequency. For the time being this has been acceptable, so long as she is able to report her deeds or provide updates. However, it could be problematic in a situation where her ‘loyalties’ were deemed to serve self-interest rather than the interests of The Keep. Such loyalties have indeed been an issue in regards to the company she takes. After a fierce battle Darya was picking over bodies of the deceased when she was mistook for a Night Hag by Eol Egolmoth The Darkfriend. She kindly corrected him and, over many long years began slowly converting him as a follower of Shar. The two have traveled together ever since and Darya often provides services of soothsaying and confessor.

Darya is known to converse with the faces on her magical robe at times. She usually does this at a murmur and in Yugoloth. Each face within her robe is a ‘Heretic’ that she has ‘dispatched’ at some point in her adventuring life.

Some of the creatures that she ‘converses’ with from time to time include: 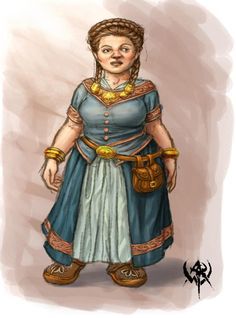