Eddie, along with many of the settlers traveling to Phlan aboard Valkur’s Wake, hails from Featherdale. His father, Eddie Jameson, runs a bakery in Wright’s Ferry, but Eddie Jr. never really took to it. When his spinster aunt, Jeyne (aged 29) declared that she was moving to Phlan in hopes of finding a suitor or at least a new life, Eddie Sr. sent him along (because a woman should not travel alone).

A bright-faced young man of 14 years, he idolizes Durell and has always longed to follow in his hero’s footsteps. When he heard Durell was also traveling to Phlan, he was overjoyed. When Durell asked him to hold his staff and bow when pirates attacked the ship, he was swift to volunteer. When Durell’s companions offered him a suit of magic armor and a magical sword after the fight, his head practically exploded! Eddie is going to be an adventurer just like his hero, and nothing is going to convince him otherwise now…

Though not much of a fighter, Eddie is a quick learner in all regards, and has learned a “wee-bit” of magic from his aunt Jeyne.

Triumph
Shaping Time: 1d3+3 hours
This powerful rune is inscribed upon the blade of a weapon. If the rune is properly activated, the next time that weapon is used in combat, its wielder may add +2 to all his damage rolls and treat the weapon as though it is +2 for the purposes of attacking creatures struck only by enchanted blades. (The wielder does not receive the +2 bonus to his attack rolls.) This bonus lasts for the duration of a single combat, after which the rune fades away. 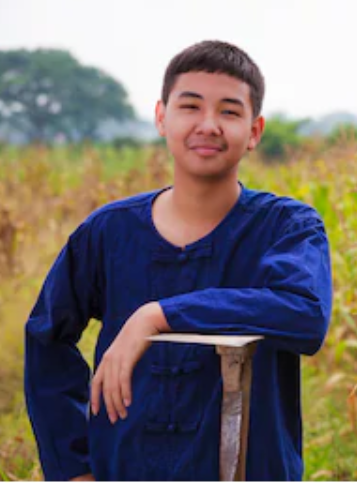