*Stored (in Phlan or on Shadowmane):

Found abandoned in the Arch Wood, Falthin was taken in by a proud officer of the Archenrider’s named Egbrecht Arakis. This decision caused much resentment from those close to Egbrecht as they believed that his heart should reside first with The 600 and second with assuring the continuation of their bloodline. Thus, when Egbrecht opted against marriage and pledged his teachings, training and wealth to Falthin, many people questioned his loyalty. As time passed however, Falthin and his pension for mercantilism and the Arcane arts, became a welcome and profitable element of the day-to-day operations in and around Archendale. Slowly, people began to overlook his heritage and his father’s loyalties. Falthin would grow to embrace the sense of pride, dedication and commitment that a natural-born citizen of Archendale exhibits.

The better part of Falthin’s early adult years were spent travelling the various regions of the Moonsea in efforts to research its lore and study magic. Falthin would regularly correspond with his superiors in Archendale as well as his father, updating them on matters in the region and offering guidance for how Archendale might gain status in the areas. Unlike many others, Falthin is hesitant to blindly preach his city’s core ideals and values to surrounding regions. Rather, he observes and when necessity or opportunity present themselves he suggests agreements that are favourable to Archendale’s broader strategic aims. This has gained him the admiration of many in Archendale as a cunning and reasonable diplomat. It has also caused some otherwise unnecessary tensions to arise amongst the surrounding Dales who suspect he possesses ulterior motives. Their suspicions are not entirely unfounded as Falthin craves the acquisition of knowledge, which he views as an endless resource readily available in the neighbouring regions archives, libraries, history and lore.

Five years prior, Falthin was summoned back to Archendale under the guise that a new post, a promotion, would be made available to him. However, upon arriving it was discovered that his father had taken ill. In his later years, Egbrecht had become disgruntled and weary, spending countless hours in the town archives. He had also squandered the bulk of his wealth in ill-fated expeditions around the Arch Wood and surrounding mountains. With the bulk of his inheritance squandered, Falthin remained a stalwart protector of his father’s name until his passing. On his death bed, Egbrecht imparted the belief that Archendale was in grave danger and that the governing Council of Swords had become tainted. He continued to mutter words, ‘Phlan’, ‘Temple’, ‘Swamp’, ‘Barony’, ‘Helm’. After the funeral, a representative from the council approached Falthin and informed him that after funeral proceedings for his father’s death concluded he would be dispatched to the township of New Phlan as chief diplomat and observer. His task is to observe the local economic, political and military situation in the region and present a report within a year that recommends how Archendale might expand its influence in the region. 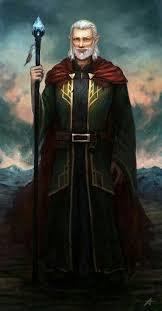