A gaunt older man with a weak, receding chin hidden under a scraggly gray beard, and a bald, speckled pate. He is dressed in full-length chain armor, covered with a night-black cloak. On his head is a chain coif, surmounted by a large, spiky crown of metal and bone shards. Under all the armor and gear, he is rail-thin and sinew, with not an ounce of fat on him.

Father Aram is one of many in the north who claim direct descent from the Nogese lords of old. The tenth son of an old, noble family in Hillsfar, serving in the Red Plumes, he immediately joined the church of the Blessed Afflictor when the Nogese General appeared in their city less than a year ago. When their “God” disappeared just as suddenly as he had arrived, Aram and the other early converts started a campaign to seek out and unearth all the Nogese ruins in and around Hillsfar.

Nearly a year later, their search has dried up. Disheartened by this failure, Father Aram tried to mount a new expedition, promising to go north to the Dragonspine Mountains in search of new relics in the heart of the ancient empire. Unfortunately, months of appealing to his fellow initiates proved fruitless — no one wanted to leave Hillsfar, where their god had appeared, and nothing he could say could convince them that the true seat of their god lay further north. Thus, he boarded a ship alone, sailing for Phlan and the mountains beyond…

Aram is generally jovial, polite, and pleasant, despite his sinister convictions. Most importantly, he is a bad leader, but does not know that he is a bad leader. In times of crisis, he constantly shouts orders and suggestions (usually bad ones). He dreams of being a great general, like his master, but, as his order in Hillsfar already learned, is not a person any sane being would want to follow into battle. His hope is to visit the Sacred Mountain of Deckon Thar just once before he dies.

Like so many in the Church of the Blessed Afflictor in Hillsfar, Father Aram has a largely over-blown title (for a church with only a single established temple in all of Faerun). His official title is “Second Free Prelature of the Opus Dei of Our Blessed Afflictor, Archepiscopal and Metropolitan of the Northern Shore, and Watcher Over the Sacred Depths”.

At the party base in Phlan, Aram Decidimus has two children — Aram Roland, by his late wife, Domitia, and Tenebrus, a half-elven daughter by one of his slaves, Múldîs. Roland is grown and married, and has given Decidimus three grand-children: Granson (22, deceased), Secundus (18), and Hermia (15), by his wife Flavia. 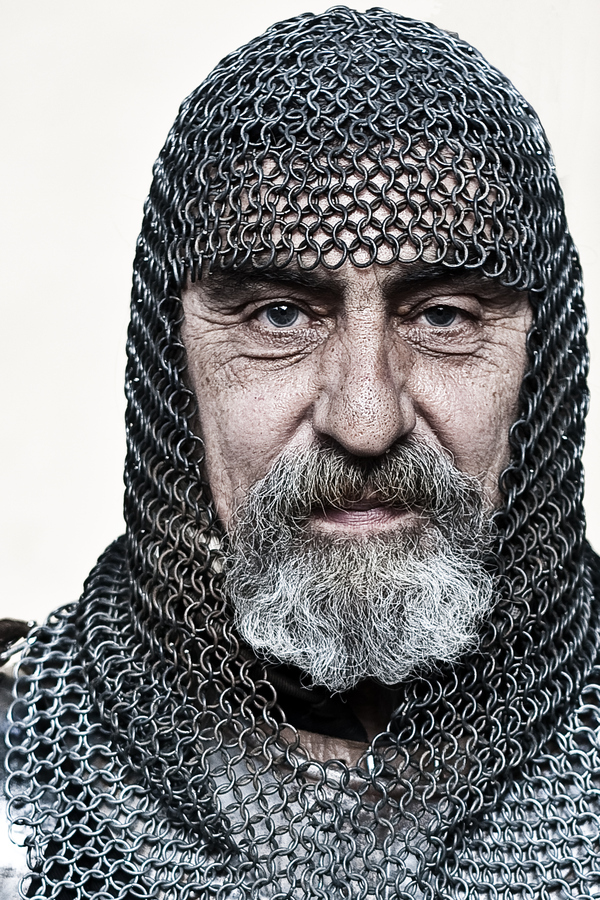