A kenku, with somewhat darker feathers than usual, but who would know?

Seabhag (pronounced SHEH-veh) is a Kenku (Hawk-like not Raven-like) with darker feathers than usual.
His visual skin is dark greyish and scaly like any bird.
most stunning feature are his piercing blue eyes.
As a mulhorran Kenku, he is a compulsive liar and very skilled in poisons.

He fights with a crossbow and a poisoned Katar ( Push dagger). When his victim his down but not dead, he will crush the skull with one of his taloned feet, also poisoned.

For money he cares not exept living. Potions, poisons, rare ingredients, recipes, spellbooks, magical items is what he cares for.

Deck of Many Things Granted Abilities: 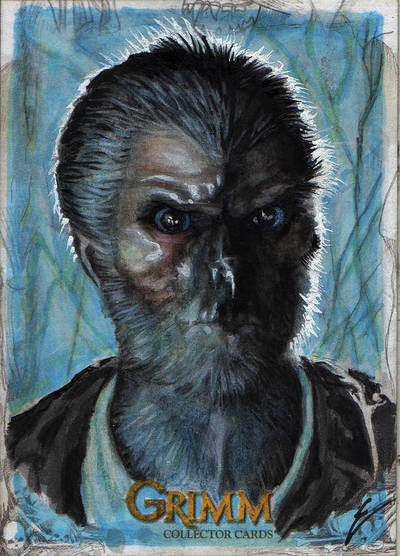