Elder and chief shaman of the Three Towers Tribe.

A truly ancient lizardman. It was he who first taught the lizardmen of the Twilight Swamp to worship the magic of the Sacred Towers some four generations ago, and gave the Three Towers Tribe its name.

He is recognized for his great wisdom and closeness with the spirits of the swamp, but is only a hairsbreadth from death himself. He is able to speak only in whispers, if at all, and relies on his young apprentice, Paśśila, to speak on his behalf. It is Ssij’s magic that allows the tribe to hibernate safely through the winters. He is always the last to sleep, and when he passes, the tribe may be left defenseless until Paśśila comes of age. 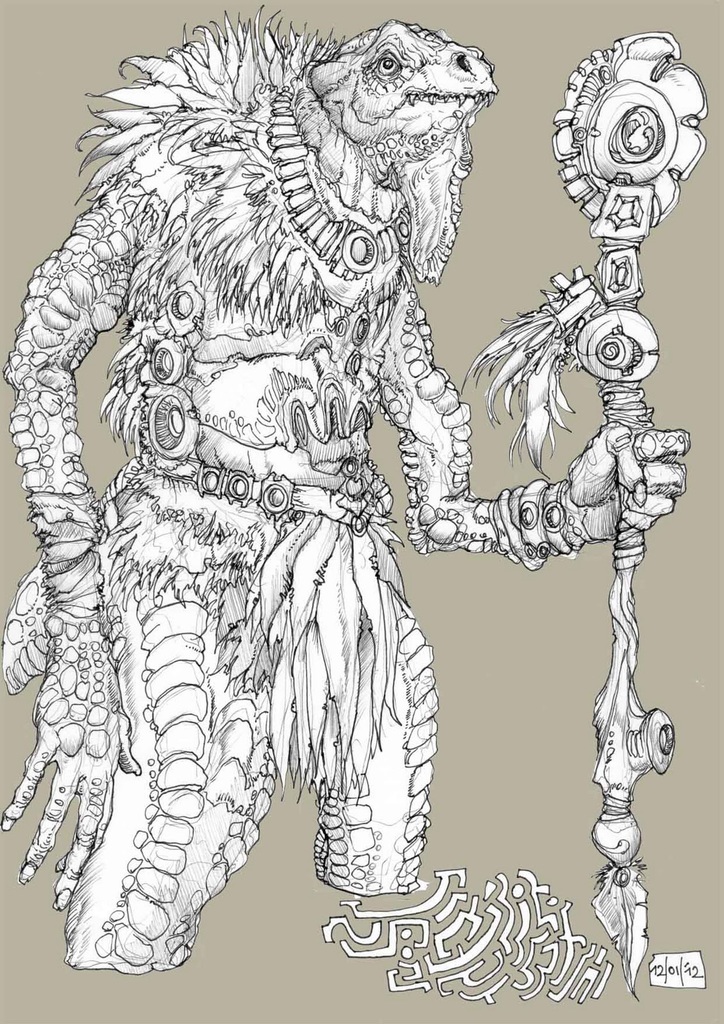