When she was just 8 years old, Storm Reynes began picking fruit as a full-time farm laborer in the Dalelands for less than 1 copper an hour. Storm and her family moved often, living in migrant worker camps—usually without clean water or other amenities. With all that moving around, she learned to live and travel lightly.

“Books are heavy, and when you’re moving a lot you have to keep things just as minimal as possible,” she says.

She remembers a tough childhood in the migrant camps.

“The conditions were pretty terrible. I once told someone that I learned to fight with a knife long before I learned how to ride a bicycle,” Storm says. “And when you are grinding day after day after day, there is no room in you for hope. There just isn’t. You don’t even know it exists. There’s nothing to aspire to except filling your hungry belly. That’s how I was raised.”

But when she was 12, a traveling monk came to the fields where she and her family worked.

“So when I saw this big wagon on the side of the road, and it was filled with books, I immediately stepped back,” she says. “Fortunately the monk saw me, kind of waved me in, and said, ‘These are books, and you can take one home. You have to bring it back in two weeks, but you can take them home and read them.’”

The monk asked Storm what she was interested in and sent her home with a couple of books.

“I took them home and I devoured them. I didn’t just read them, I devoured them,” Storm says. “And I came back in two weeks and had more questions. And he gave me more books, and that started it.”

The experience, she says, was life-changing.

“That taught me that hope was not just a word. And it gave me the courage to leave the camps. That’s where the books made the difference.”

Storm taught herself the magic of runes from the books lent to her by the monks. She left the camps as a teenager and traveled to Phlan where she hoped to make a new life for herself.

“By the time I was 15, I knew there was a world outside of the camps,” she says. “I believed I could find a place in it…”

Using Runes:
Scribing a rune is a three-step process known as skapeng (shaping). The first step is the gormeng (planning). During this stage, the caster begins to concentrate on the essential truths and modifies the rune’s ideal image in his mind in accordance with the circumstances. The second step is the skrapeng (scraping), during which the rune is actually carved, drawn, or inscribed. No special tools or items are necessary to shape most runes (any old carving knife or quill will do). The third step is the virkreng (activation); only then does the caster summon forth the rune’s power. The final step in any activation is wetting or “baptizing” the rune to release its energies. Any non-poisonous liquid is quite suitable for this purpose (ale, water, blood, or even saliva will do). Any rune not baptized within five rounds of its shaping loses its potential and becomes useless. After baptizing the rune, the caster makes a save vs. spells (the “activation roll”). If the save succeeds, the rune becomes active. If it fails, the rune is useless and the caster must begin all over again.

Unlike other magical writing, once a rune has taken effect, it does not disappear. Once its effects are exhausted, however, the rune becomes an ordinary carving with no magical properties. To renew the rune’s power, the caster must shape it all over again. Unless otherwise specified, a rune may be used one time only, though the rune may stand ready in its activated state for years before its power is called upon. Note that at any given time, a runecaster may keep a maximum number of active runes equal to his level. Should the caster shape more runes, the power automatically fades from one of his earlier runes. 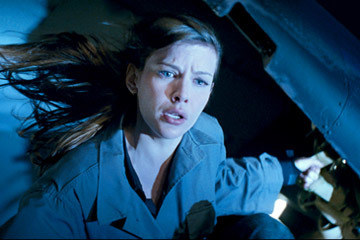