Tiě thinks of herself as the brains behind The Outliers…though that isn’t really saying much with the likes of Arha, Maei, and Valcoril around. Seriously, her companions make inanimate rocks look smart by comparison.

Descended from unknown bovine demons (likely a Goristro, though she likes to think she is descended from the Mulhorandi goddess Hathor), Tiě has a bovine head with silvery-white skin, metallic horns, and faintly glowing copper-coloured eyes. She tells her companions that she is a rare female minotaur. Dumb as they are, they all believe her.

Though trained as a war-wizard, her infernal heritage gives her some unique power over the undead and resistance to psionic intrusion, both of which she has cultivated on the side in addition to her magical studies.

Her single-handed defeat of the Necromancer Emrikoth has earned her some notoriety in New Phlan. 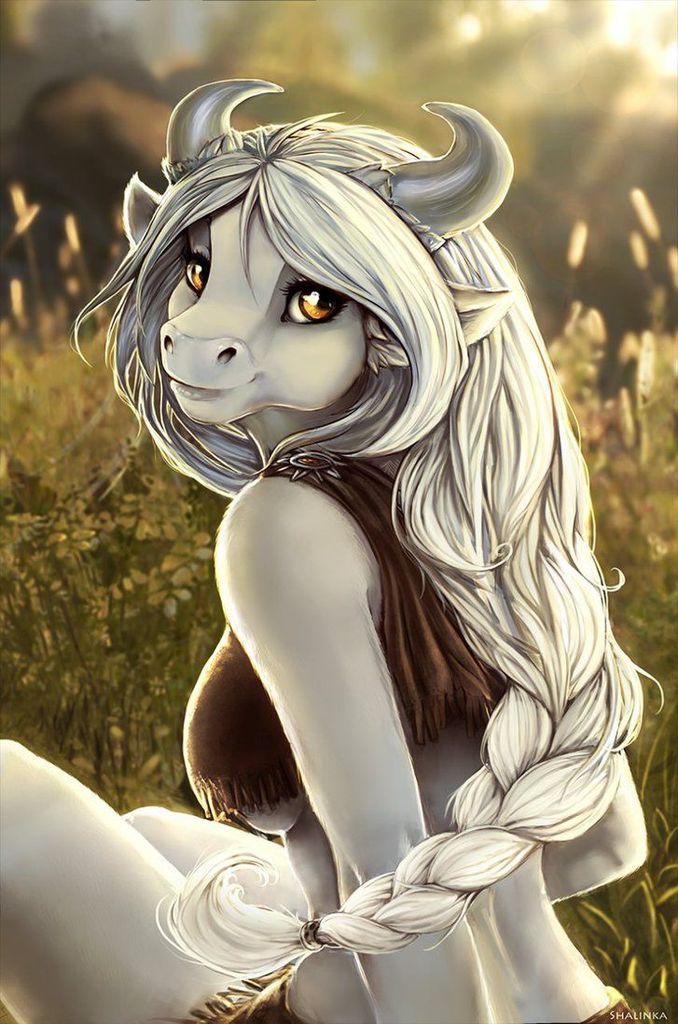