Adalbold was the resident smith for Sokol Keep on Thorn Island at the time of the fall of Phlan. A skilled craftsman and staunch Tyrran, Adalbold stayed with the defenders of the Keep to the end. When At the time that Ferran Martinez cast his spell to transform the defenders of the keep into undead, Adalbold was still at work at his forge, repairing weapons for the beleaguered guards. Three days later, he was killed by a stray arrow while still swinging his hammer. His work ethic, combined with the power of Martinez’s curse, caused his spirit to become trapped in his hammer, imbuing it with remarkable abilities.

Adalbold’s Hammer shines with a continuous, unwavering blue light, twice as bright as a torch, even when not held in hand. In combat it functions as a normal Smith’s hammer, but is able to strike creatures only harmed by magical weapons. The hammer can be thrown with the same range as a Throwing Hammer, with all other statistics as normal for a Smith’s Hammer. If thrown, the Hammer immediately reappears in the wielder’s hand the following round. If the wielder’s hand is not free, Adalbold’s Hammer will drop to the ground at the point of impact.

If used as a tool, the hammer grants the wielder a +2 bonus on Blacksmithing and Weaponsmithing proficiency checks. The hammer can be used as one component in the crafting of any magical weapon. The hammer adds an effective value of 2000gp for the purpose of determining the value of available materials and is not expended in the way other materials are.

If the hammer is held by an evil creature, Adalbold’s spirit exerts a subtle mental influence over the wielder, causing the wielder to suffer a -2 penalty on saves vs. spells cast by good-aligned priests (-4 if the priest if a worshiper of Tyr). 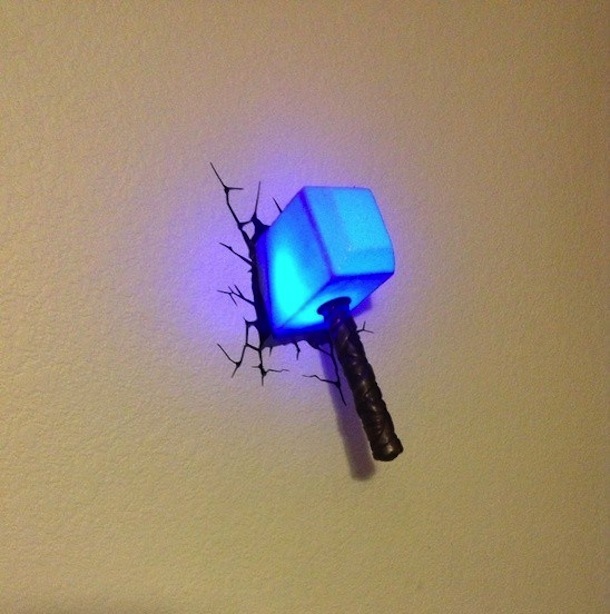