Each metal bit of this suit of blue-dyed studded leather looks more like a tiny sneering face than a simple stud.

When a person wearing the Armor of Insults is wounded combat, the tiny faces unleash a torrent of verbal abuse directed at a random creature within 30 feet of the wearer in the wearer’s native language. Each round, beginning the round after the wearer is first wounded, the armor will Tease (as per the Tease non-weapon proficiency with a score of 15) one creature within range, chosen at random, which may include allies.

A successfully teased opponent rushes to attack the teasing character with physical force, ignoring any innate abilities, spells, ranged attacks, magic, breath weapons, or other abilities of its own. Teasing effects last for one round, during which the teased character is limited to physical melee attacks.

Once the armor has begun its insults, it will continue until the encounter ends. As with the Tease proficiency, the insult effect only works on targets that understand the wearer’s native language and does not work in an area of magical silence. 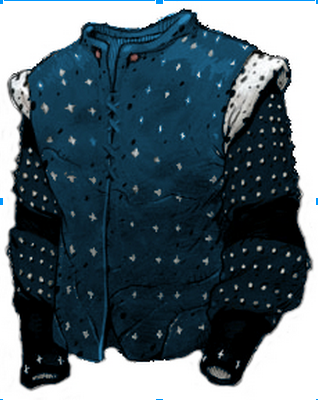