The surface of this large, dark-leather belt pouch seems to constantly writhe and squirm, and anyone standing near it can hear muffled squeaking noises. However, when examined the pouch always appears to be empty if one looks inside. It radiates a faint aura of Conjuration magic, and a strong aura of Chaos.

Anyone who reaches into the pouch without looking will feel a soft, squirming mass of moist flesh and bristly hair. If the mass is drawn from the pouch and tossed on the ground, it will roll and grow. One round later it will burst apart into a small horde of Gremlins, of a number and type determined by rolling on the table below.

Once a lump has been drawn from the bag, it will cease its squirming and squeaking, and become truly empty until the next time the sun crosses the horizon (i.e. Dawn or Dusk), at which point a new lump will form in the bag. Thus the bag may be used at most twice per day (once during the day and once at night).

If anything else is placed in the pouch while a lump is present, that item will be instantly destroyed, torn apart by the Gremlins. The same is true of anything that is within the bag when a lump appears. 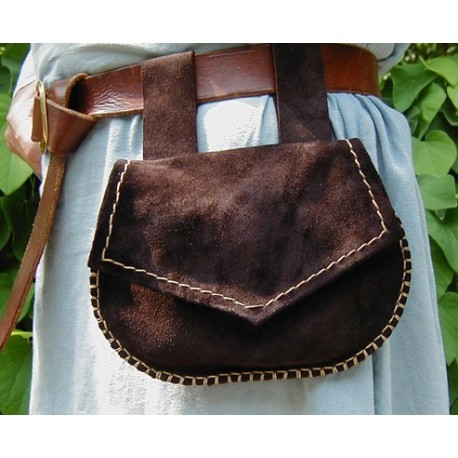