This strait razor was presented to Nindigor Warcave by the succubus Chiryn to “speed along the future of his desire”, whatever that means. Where she might have obtained it is anyone’s guess. The blade is of black iron and the handle is inlaid on either side with ridged, black tourmaline of such exquisite hue and cut as to be worth at least 10,000gp.

The Black Razor functions as a +3 magical Razor, gaining its bonus to both attack and damage rolls, and allowing it to harm all but the most powerful extraplanar enemies.

Black Razor hungers for souls. When used to deliver a killing stroke, Black Razor consumes the soul of the target, preventing them from being Raised or Resurrected by any means short of direct divine intervention. When a soul is consumed in this way, Nindigor gains a number of temporary hit points equal to the victim’s hit dice (regardless of whom actually wields the Black Razor and how far it is separated from him). These hit points are added to Nindigor’s maximum and remain until lost.

If Black Razor is used to slay a Tanar’ri or any undead creature, the blade will instead feed on Nindigor’s lifeforce, causing him to permanently lose a number of hit points equal to the hit dice of the defeated creature. As with the positive transfer of life energy, this happens regardless of the distance separating Nindigor from the weapon. 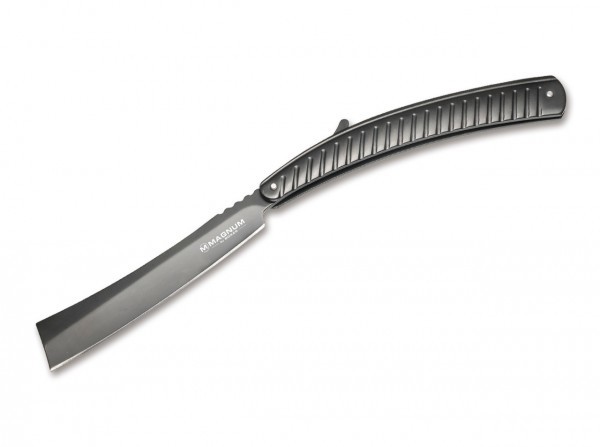