This strange blood-coloured stone fell from the sky on the Day of Black Sun, and is believed to in fact be a crystalized droplet of the Sun God’s blood from when he was slain by Cyric. This particular piece fell in the Slums of Phlan, landing in the courtyard of “Fort Kick-Ass”.

In the hands of a Neutral-aligned (with respect to good and evil) creature, the Blood of Lathander appears to be nothing more than a worthless rock.

If touched by any Good-aligned creature, the Blood of Lathander will glow, as per a Continual Light spell for as long as contact is maintained. All Good-aligned creatures within the area of this radiance heal 1 hit point every ten minutes. This healing can even knit broken bones or repair other grievous injuries. Each point of this healing is equivalent to a full day of bed rest for the purpose of recovering from Critical Hits.

If any Evil creature touches the Blood of Lathander, it immediately begins to rise in temperature, as per a Heat Metal spell. If the stone is relinquished, it will cool down at the same rate that it heated up. If the stone is held by an Evil creature for longer than 10 round, it will begin to liquefy, continuing to deal searing damage and requiring the holder to make a save vs. poison each round. On a failed save, the holder loses one point to each of his ability scores. At the end of 20 rounds, the stone will completely dissolve into a single drop of red blood. If the holder1 has survived, this drop of divine blood may be consumed to instantly (and irrevocably) turn the holder in a Vampire.

Any Priest (Cleric, Druid, Shaman, Mystic, Monk, or Crusader) holding the Blood of Lathander, regardless of alignment gains Major access to the Sun sphere of spells for as long as the stone is in his possession, and may use an action at any time to give up a memorized priest spell and prepare a Sun spell of the same level in its place. This power cannot be used to cast reversed or darkness-creating spells from the Sun sphere. 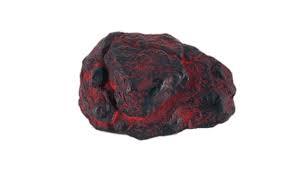