An ancient, heavily tarnished, dull, pitted, dagger of solid bronze. The blade and handle were molded as a single piece. The blade has a reversed blood-groove down the center, with a relief of barely legible runes running down either side of the groove. This weapon has practically no edge. Any attempt to sharpen or polish the blade causes it to loose its enchantment until the heavy patina has had time to reform (which can take centuries if the blade was fully restored.

When wielded in combat, the dagger functions as a +3 magic weapon for determining what creatures can be harmed by it, but it suffers a -1 penalty on attack and damage rolls because of its dull nature.

Each time you successfully strike a creature with the Cymric Dirk, the blade whispers some secret about your enemy, teaching you one fact about the foe that you did not already know. The information gained could be any fact—it’s name, hometown, day of birth, closest relative, the location of its lair, a special weakness, what it ate for breakfast, the number of hairs on its head, or anything else, so long as the wielder did not already know it. 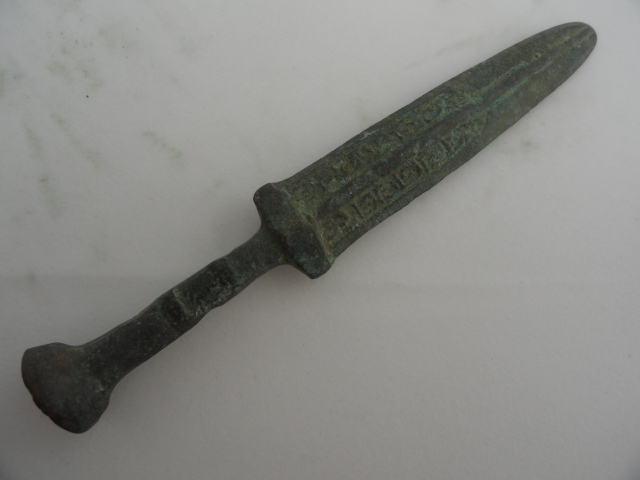