Damascena's Staff of the Stone Serpent

A living snake, petrified and infused with power.

This staff was once a live, venomous snake, one of the largest and most powerful of its brethren, imprisoned in a room beneath Valjevo Castle in Old Phlan for no known purpose. The snake lived an unpleasant life of confinement, forced to feed on its own kind or the occasional unlucky goblin or orc who was tossed through the trap door in the ceiling by one of the Magistrates. It’s sad life ended when a strange man-like creature came into the room through a back door and met it’s gaze. The snake was petrified and then pulled free of the mass of other petrified snakes by a ragged lady to be used as a walking stick. Whether from its close proximity to a Pool of Radiance, its unusual death, or its handling by a druid, the stone serpent staff exhibits remarkable powers.

Damascena’s Staff of the Stone Serpent looks very much like a living snake carved from cold, gray granite, worked in fine detail. The staff is two fingers in width, just under six feet long, and capped with a cobra’s head at one end and broken off at the other. The staff constantly glows with a faint white light. This light is not bright enough to illuminate anything more than a few inches from the staff, but does make the staff readily visible in darkness.

As long as the staff is held in hand, the wielder is rendered immune to the Blinded, Petrified, and Poisoned conditions, and has resistance to Poison and Radiance damage. When wielded in combat, the staff functions as a +2 magical quarterstaff, granting its bonus to both attack and damage rolls.

By expending 1 charge, the wielder can cast Protection from Poison or Animal Messenger (always a snake). By expending 2 charges, the wielder can use the staff to cast Stoneskin or Evard’s Black Tentacles (the later taking on the appearance of stony snakes lashing out from the ground). These spells are cast using the wielder’s spell attack bonus and save DCs.

The staff has 10 charges and regains 1d10 expended charges daily at dawn. If you expend the last charge, roll a d20. On a 1, the power binding the snake in its stone form breaks. The staff transforms back into its serpentine form, having the statistics of a Spirit Naga (see DMG pg. 234) and immediately turns on its former wielder.

Damascena's Staff of the Stone Serpent 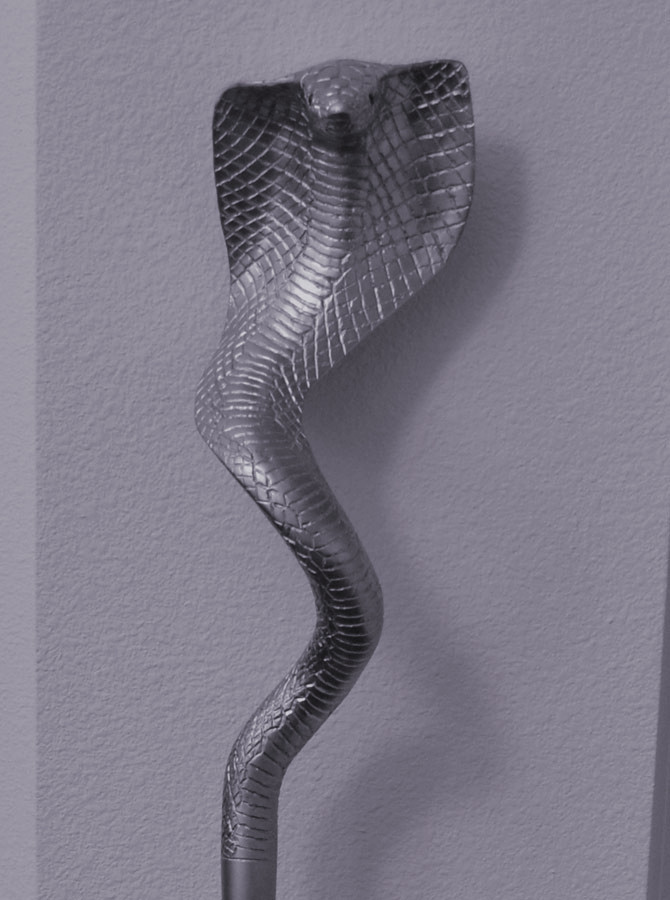