These iron manacles are inscribed with numerous runes, and give off a faint red glow when first locked onto a victim’s wrists. Three sets of these were specially ordered by the Council of New Phlan from the Magic and Curios Shop of Hillsfar (Laris, proprietor), after a large number of condemned criminals (mostly adventurers) escaped custody prior to their execution. This pair is sized to fit most medium-sized humanoids. The dimensional shackles radiate a strong aura of Abjuration magic.

In addition to serving as mundane shackles, the dimensional shackles prevent a creature bound by them from using any method of extradimensional movement—including teleportation, plane shifting, astral projection, phasing, dream walking, shadow walking, passage through extradimensional or planar portals or gateways, and any similar effects. They also prevent a creature wearing them from being Summoned, Conjured, or Called from a remote location.

The lock on the shackles is surprisingly complex for such items, imposing a -3 (or -15%) penalty to a person’s chance to pick the locks. The strength of the magically hardened iron, and their tight fit imposes a similar penalty to any Feat of Strength made to break the chains, or any Escape proficiency check to slip them off. 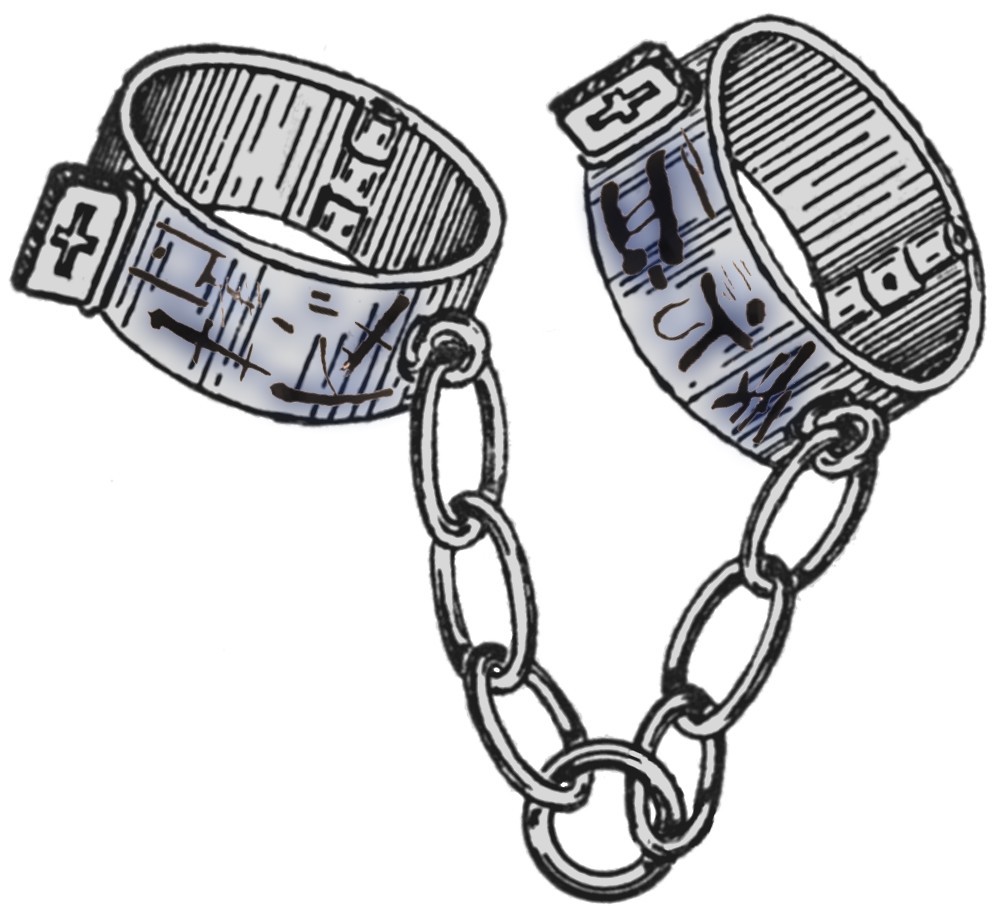