A legend of the lands of Vaasa speaks of a marvelous and dangerous garden watched over by four guardians – Northern Wind, Southern Gale, Western Sun, and Eastern Moon. To protect the garden from those who would disturb its wonders, and to protect hapless wanderers from the ravenous beasts and carnivorous plants within, the guardians diverted travelers with their respective domains – frigid and buffeting winds, glaring daylight, and the darkness of night. Three would stand alert each season while one guardian rested. It is said that Northern Wind left this sword sheathed in the mountain snows each year during its autumn respite.

This strange weapon has an ornate aged-bronze hilt, circular and symmetrical, with short, flaring four-pronged quillons and a complex counter-guard rather like a torch sconce. The blade appear to be made of ice, with a square cross-section almost an inch and a half in diameter at the base, tapering to a fine thrusting point over its short, three-handspan length. The hilt appears to be hollow as the tang of the icy blade can be seen through the pommel. The blade is ice-cold and damp to the touch, but does not show signs of melting, even on the hottest days.

Drawn in Spring functions as a normal Shortsword in combat, the icy blade standing up to wear just as well as any steel. It counts as a magical weapon for determining what creatures may be harmed by it. Against creatures that are fiery in nature (elementals, mephits, red dragons, fire giants, certain demons or devils, etc) the blade deals double its normal weapon damage (2d6 vs. man-sized creatures, 2d8 vs. large creatures).

In conditions where the ambient air temperature is below freezing (0 degrees Centigrade), the blade glows with an inner light, shedding a bright, cold, blue-white light in a twenty-foot radius.

If the blade is thrust into a body of water or other liquid, it will cause that substance to freeze, with ice expanding outward from the point of contact at a rate of 6 inches per round of contact.

If the blade comes in contact with any fire, magical or otherwise, the blade must make a saving throw or risk being destroyed. If the save is successful, the fire is quenched in its entirety, out to a radius of ten feet from the blade. 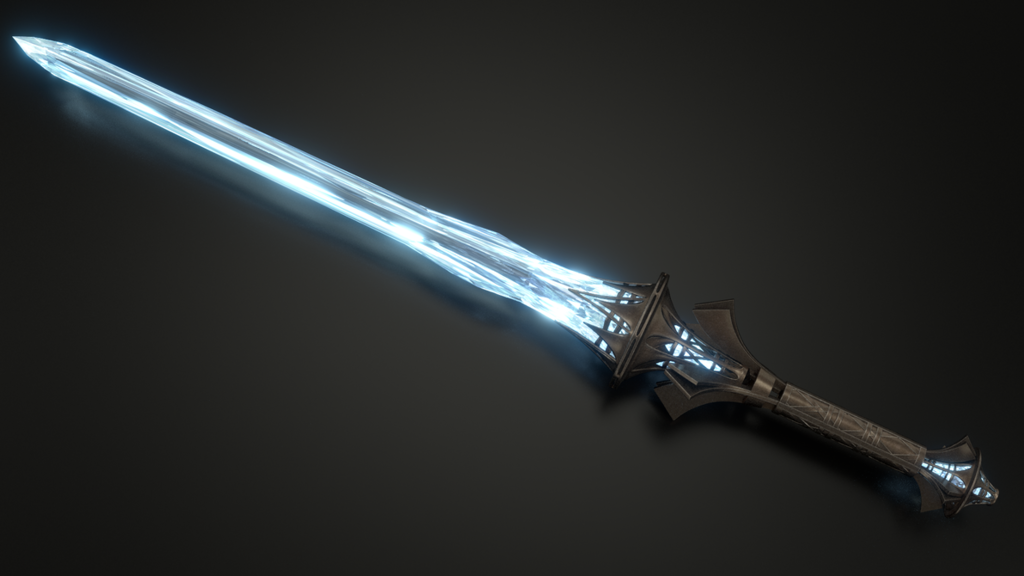