This short-handled horseman’s flail was found on the body of a bugbear in the Stojanow Gate area of New Phlan, though distinctive in appearance, it bears no writings or maker’s mark that might give clues to its provenance, though it is clearly not of bugbear manufacture.

The flail is beautiful in its simplicity. Forged all from burnished steel, it has a short haft with a one-handed grip and a double-spiraled pattern up the shaft. Three heavy-duty chains, about a foot in length, connect the haft to a smooth, oblate striking head. It radiates a strong aura of magic of the Alteration school.

The Flail of Whirling functions as a Horseman’s Flail in combat. The enchantments upon the weapon cause it to spin at exceptional speeds when swung, the momentum in turn adding both speed and power to the wielder’s blows. In melee combat, the wielder may make one additional attack with the Flail of Whirling each round, at an initiative count of 0 (ignoring all modifiers to initiative, both magical and mundane. This extra attack is cumulative with any attacks the wielder would normally be able to make (including bonus attacks from Haste, a heroic fray, dirty fighting, etc). In addition, because of the increased speed and momentum, all attacks made with the flail gain a +2 bonus on attack and damage rolls.

The Flail of Whirling counts as a +2 magic weapon for determining what creatures can be harmed with it. 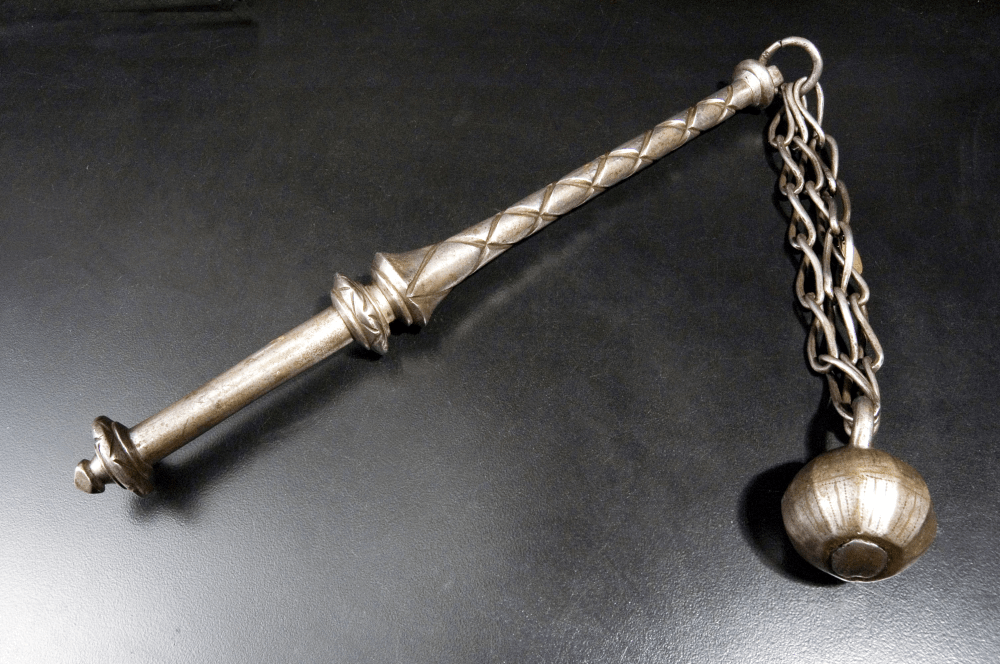