The hollowed, rune-covered horn of a Goristro demon.

A long horn, presumably taken from a massive ox or similar creature (some believe it to be the horn of a Goristro demon) and worked all over with Runes.

This horn was given as a gift to Bishop Braccio of Tyr by Elissa Bivant, whom he believed to be an avatar of his god. According to Elissa, sounding the horn would summon an army of Valkyries to the Bishop’s aid, though he never tested it. The horn was taken from the Bishop by the heretic Kevorkian, after he was enslaved by the devil known as Grimnir.

Once the tool of the watchman of the gods, in the age before Ao laid down the ordening of the Realms, the Gjallarhorn (called the “ringing horn” or “the horn resounding”), when sounded, can be heard throughout the heavens, the earth, and the lower realms (that is to say, it can be heard simultaneously everywhere on all planes of existence).

No magic of gods or men can stop the sound of the Gjallarhorn. It penetrates all barriers and all forms of magical silence. The sound of the horn can be heard by all beings, in all locations, on all planes. All creatures hearing the horn (everyone in the multiverse) are instinctively aware that it heralds the end of days, and must immediately make a Wisdom save (DC 10). Those that fail immediately attack the nearest creature for 1 round. Those that succeed will cower in fear for 1 round.

In addition, when sounded, all barriers to extra-planar travel within a radius of 1 mile per level of the horn’s user are broken for 1 minute. This includes forbiddance spells, private sanctums, gate seals, and even Mythals. After the initial round of rage and dread, extraplanar creatures become aware of the quickest path to the user’s location (but are not compelled to travel there).

Fast move the sons of Mim and fate
Is heard in the note of the Gjallarhorn;
Loud blows Heimdall, the horn is aloft,
In fear quake all who on Hel’s-roads are.

She knows that Heimdall’s hearing is hidden
under the radiant, sacred tree;
she sees, pouring down, the muddy torrent
from the wager of Father of the Slain; do you
understand yet, or what more? 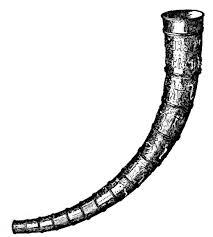