An articulated blue-steel breastplate affixed to a shirt of black-iron chain links, embosed with an ornate tree-design on the front.

An articulated blue-steel breastplate affixed to a shirt of black-iron chain links, embosed with an ornate tree-design on the front. This armor bears the marks of the Bannochi gnome warriors from the Dragonden Pass region. This particular suit was taken from the body of the gnome mercenary Modwood Metroweaver, found dead on the battlefield outside Kryptgarten.

This is a suit of half-plate armor, sized for a gnome. Despite its mundane outer appearance, the gnomish mail has a variety of strange inner workings. Non-gnomes wearing the armor find themselves constantly being poked and prodded by random gears, cogs, pistons, and springs, causing them to suffer Disadvantage on all Dexterity-based checks (including saves, skill checks, and attack rolls). A gnome wearing the armor can make full use of the complex mechanisms concealed beneath the armor’s surface. As a reaction, once per round, the gnome can activate one of the “Active-Defense™” functions of the armor—causing the plates to shift to intercept blows—granting him Resistance to one non-magical slashing or piercing attack per round.

The armor is also equipped with the BLAZE™ reactive armor system. Any natural 20 on an attack roll with a missile weapon against the wearer of a suit of armor equipped with BLAZE will cause one of the armor plates to explode outward, intercepting the attack. The incoming missile attack is completely negated, and all creatures within a 5-ft. radius of the armor (including the wearer) take 1d6 points of fire damage and 1d6 points of piercing damage from shrapnel. Each use of the BLAZE system reduces the base AC of the armor by 1. If the base AC is reduced to 10, the armor is completely destroyed.

Any attempt to resize or adjust the fit of the armor will destroy it completely (though the outer plates may be reusable). 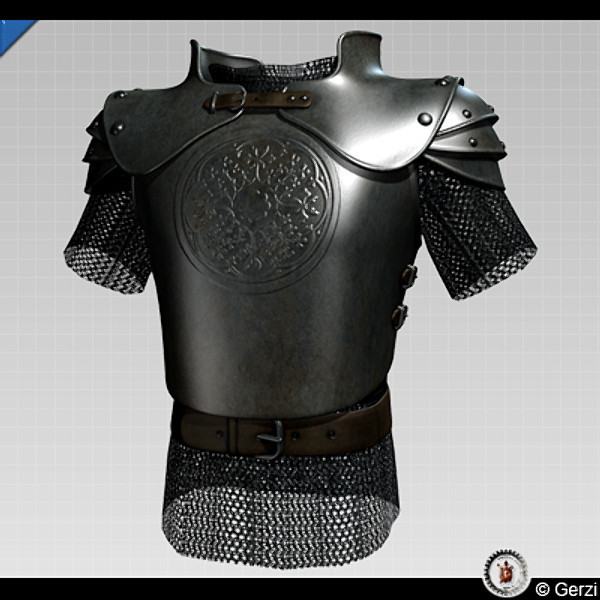