An iron dagger with a triangular blade.

Gravebite is a dagger made of solid iron. It measures nine inches in length and had a three-sided blade that narrowed to a fine point. On each corner where the blade meets the hilt, sits the carving of a griffin creature and at the top of the handle are four crudely carved demonic faces.

Gravebite counts as both a magical and an iron weapon for determining what creatures can be hit by it, and deals damage as a normal dagger. The dagger can freely strike at creatures that are ethereal or incorporeal. It can also be used to attack material creatures when the wielder is himself in an ethereal or incorporeal state. On any successful hit, in addition to dealing damage, the target must make a save vs. poison. On a failed save, the target suffers a -25% penalty on all System Shock rolls to avoid dying for the next 10 rounds. 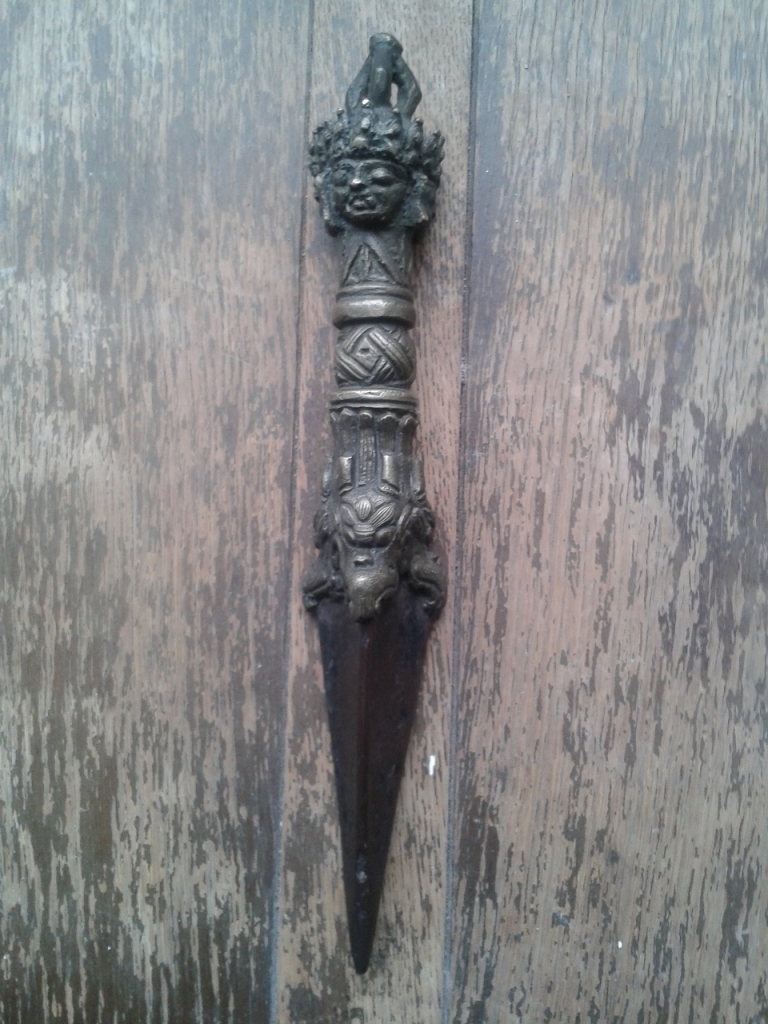