A pair of leather gloves, made from the skin of Markos Mondaviak.

After a year of hunting for his presumed betrayer, Grimnir had these gloves made from the skin of the slightly-conniving, mostly good-intentioned young nobleman, Markos Mondaviak. Killed by dreams. Exhumed and skinned on the night of the High Harvest Festival. The gloves were stitched in a hurry, and while they fit perfectly, are not the most attractive things in the world. Anyone wearing these gloves partakes in the life and terrible death of Markos Mondaviak.

Like the silver-tongued young nobleman, the wearer is always given the benefit of the doubt by those he addresses. A single handshake allows the wearer to address anyone as an equal, regardless of political factions, alliances, wars, racial difference, or socio-economic status. The wearer gains advantage on all Charisma (Persuasion) checks against anyone he touches. This effect lasts as long as the wearer takes no overtly hostile actions towards the target (no amount of deceit, blackmail, infidelity, or political betrayal can make the touched target think less of the wearer), or until the gloves are removed.

Anyone other than Grimnir who wears the gloves also partakes in Markos’s death. They are plagued by the same dreams of unmentionable tortures and betrayals that lead to Mondaviak’s demise. Anyone who wears the gloves must make a Wisdom save (DC 15) the next time he sleeps or suffer nightmares, preventing them from gaining any benefits from sleep and dealing 3d6 psychic damage when they awaken. If the gloves are worn while sleeping, the save DC increases to 17. If the gloves are worn continuously, the wearer must save against the nightmares every time he attempts to take a long rest. Otherwise the dreams end one rest after the gloves have been removed.

Grimnir, as the murderer and originator of the dreams, with no qualms or remorse about killing the young man, is not subject to this disadvantage. 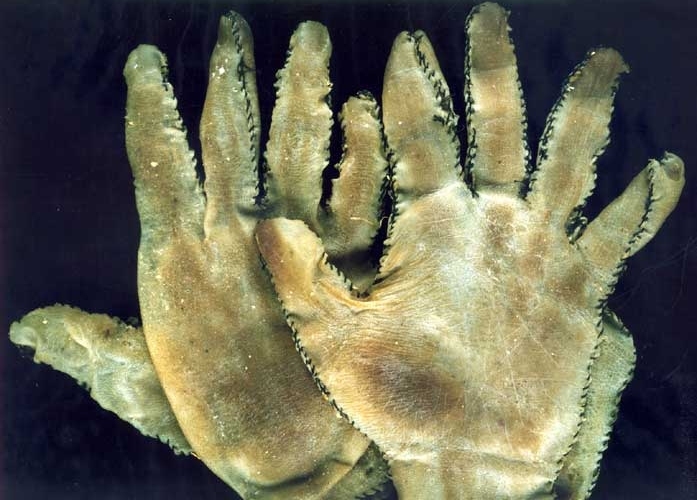