A massive iron-headed maul, lashed to a bronzewood handle by simple rawhide strips.

Gunung Mbobol (“Mountain Breaker” in Eraka) is a massive iron-headed maul, lashed to a bronzewood handle by simple rawhide strips. This weapon is crude, but effective. It was found on the battlefield outside Kryptgarten Keep, in the loose, dead hands of the Eraka sorceress Osee Chorna.

Gunung Mbobol functions as a normal, non-magical maul in combat. It is treated as cold-iron for determining what creatures can be harmed by it. In addition, blows from the maul bypass any damage resistance possessed by creatures from the Elemental Plane of Earth.

In the hands of a wizard, Gunung Mbobol can be used as an arcane focus, but only for spells from the Evocation school. The wielder may add his Strength bonus to any damage dealt by spells cast in this way. 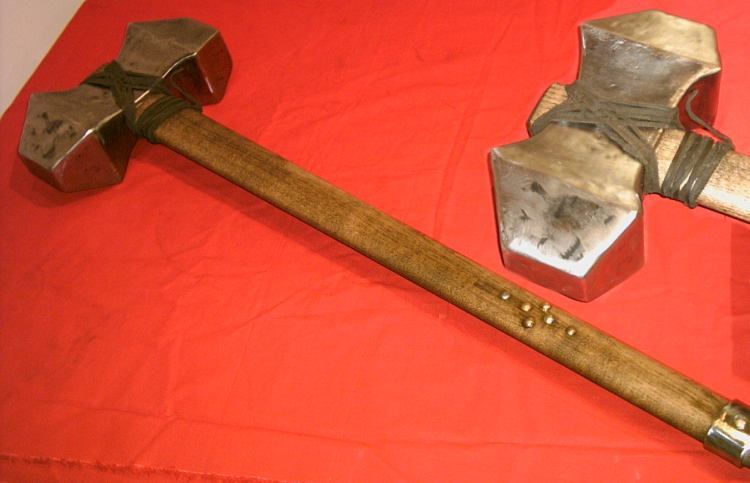