Though not literally the finger of a Hag, these seven-inch long, twisted chunks of bone have taken on that name anyways. This particular finger is set with a two-inch long Aura-Quartz crystal, with bears a shimmering iridescence and metallic rainbow sheen in colors that defy nature.

Despite the presumed misnomer, the Hag’s Finger does bear a connection to the creature’s for which it is named, if not anatomically speaking. The bearer of a Hag’s Finger is immune to any spell cast by a hag (of any variety), and may participate in a covey as if he were a Hag himself (though this would require at least two allied Hags or two other Hag’s Fingers). 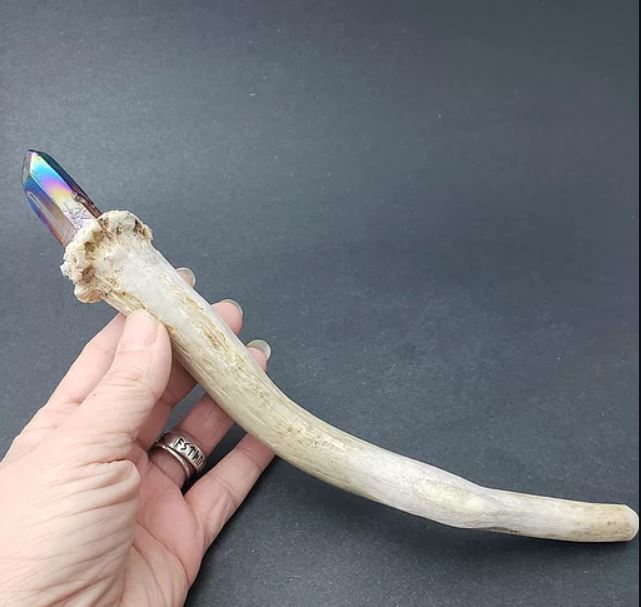