This double-edged, two-handed sword gleams white even in the reddest torchlight. The hilt and scabbard are wrapped in red and black leather, depicting intricate knotwork. Dethek runes along its side name the blade “Harrower”.

It was forged and blessed by Bishop Braccio of Tyr to be used against the undead menace of Valhingen Graveyard, and promised by the Council to any group willing to take on the threat.

In combat, Harrower functions as a normal two-handed sword, and gains a +1 magical bonus to attack and damage rolls. Against undead creatures, Harrower is treated as a +5 magical weapon for determining what creatures may be harmed by it (but does not gain an increase to its attack or damage bonuses).

Harrower also slows the reactions of all corporeal undead creatures within 20 feet, halving their base movement, and imposing a +4 penalty to their Initiative rolls. In addition, a Lawful-aligned cleric holding Harrower gains a +2 bonus on all rolls to Turn or Command undead. 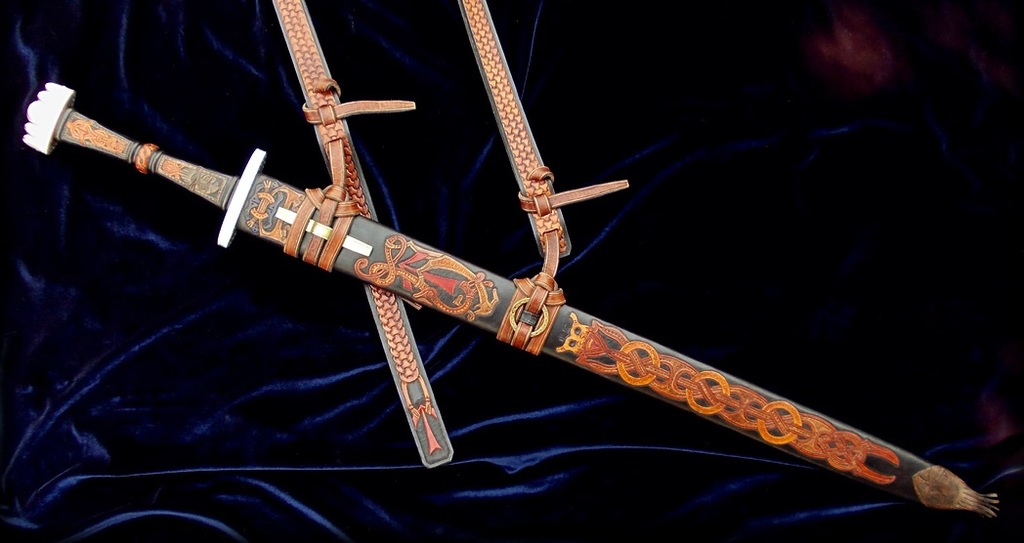