He Carries Many Scars

This armor was forged in honor of the Tethyrian monk Rugnfar, who came to believe that as long as no enemy could inflict more pain upon him than he could upon himself, he could never truly be subjugated by anyone. Conscripted by his government to quell the uprisings inspired by Saestra Karanok, Rugnfar became a frightful presence on the battlefield – for every injury he sustained at the hands of an enemy, he would inflict one twice as severe, drawing strength from the pain that enabled him to fight through injuries that would’ve caused anyone else to collapse on the ground. He would charge his enemies covered in blood with tears in his skin from hand to foot, and his foes would shrink at the sight of him, believing as he did that it was not in their power to injure such a man.

Near the end of the rebellion, when the rebels had all but overthrown the government, Rugnfar found himself in a battle defending against Karanok’s main forces. Accounts claim that he was the last on his side to remain alive, and he was approached by Karanok herself in the end. As the story goes, the living god looked him over and gave a slight bow, permitting him to fall upon his own blade, that he might remain free.

The armor bears many artificial scars added by the blacksmith to make its wearer as imposing as the figure who inspired it, though it wears its real scars with equal pride.

He Carries Many Scars functions in all ways as a normal suit of Field Plate Armor. However, the subtle magics woven into the armor draw strength from its wearer’s suffering. Whenever the wearer is below one-quarter (25%) of his normal maximum hit points, the armor’s power becomes known, increasing the bonus it grants to the wearer’s AC by half again (to a total of +12), for as long as the user remains thus injured.

He Carries Many Scars 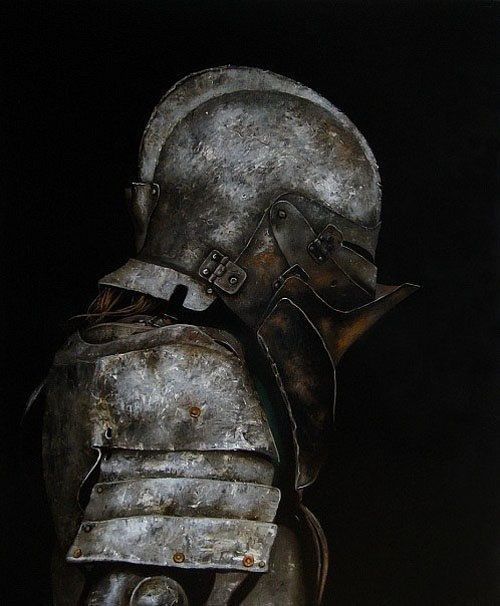