An Eldren maul with a handle of twisted gold, and a head of green glass-steel shaped like a pair of roses.

Following the fall of Myth Drannor, the surviving scions of House Nathron’dan’Luemiin fled north to seek refuge with the Coronal’s cousin, Arasheth, the Necromancer-King of Nog. They were granted lands on the south-eastern edge of the Nogese Empire, in what is now the Twilight Marsh. The Nightstars abandoned their new home shortly after imprisoning a powerful Tanar’ri therein. To cage it, they built an underwater warding chamber, leaving Heledring to seal the cage. They then attempted to sink the towers beneath the ground and seal them in stone so that no one could ever release the Tanar’ri. This was only partly successful…

Heledring is a powerful tool for good and only allows itself to be wielded by the most pure-hearted and good intentioned lords of the house. Of course, good intentions are only that, and even the kindest Eldren could still be best-described as violent elf-supremacists. Heledring’s definitions of “good” are strongly clouded by this and the “blade” includes racial purity, fierce opposition to integration, and opposition to all demon-kind (especially) as highly desirable traits in a wielder.

A person who touches Heledring is immediately judged by the magic of the weapon. If the wielder is not of good moral alignment, the weapon becomes far too heavy for the wielder to lift, and then green flames erupt along the person’s arms. The wielder’s arms become withered and nigh-useless ( Muscle 4) for 10d10 years or until cured by a Wish or similar magic. If any non-elf, of any alignment, should willingly touch Heledring’s handle, he needs to make a successful Death save or the flames engulf him and reduce him to dust instantly (as per a disintegrate spell). Half-elves make this save at a -4 penalty.

Heledring is a mighty weapon, appearing as a Two-handed Maul, five feet in length with a shaft of twisted gold, inlaid with emeralds. The head is also of gold, carved into complex leaf-work, with a double-bitted face made from dark-green glassteel, shaped like a pair of rose blossoms. Any scion of House Nathron’dan’Luemiin who touches the weapon’s hilt can will Heledring to change forms with a thought into a Two-handed Axe, a Two-handed Footman’s Mace, a Two-handed Bastard Sword, or an Elven Bow. It takes one round for the weapon to change forms in this way. Once changed, Heledring retains its form until willed to change again. Only a scion of House Nathron’dan’Luemiin can bring about this change. In any form, Heledring counts as a magic weapon, granting a +2 bonus to the wielder’s attack and damage rolls (regardless of who wields it).

Any scion of House Nightstar who bears Heledring has access to the full recorded knowledge of the family (as per a Kiira). He gains the Ancient History (Cormanthor) proficiency, with an effective proficiency score of 19.

Heledring can strike any Tanar’ri demon, even Demon Princes and those of Godlike power (such as Lolth), regardless of any weapon immunities the Tanar’ri might possess. Thus Heledring is particularly feared among the Tanar’ri—the mere sight of the weapon forces any Tanar’ri to make an immediate morale check (at a -2 penalty) or flee by the most convenient means possible1. Even if a Tanar’ri succeeds on its morale check, the Tanar’ri must make a Magic Resistance roll or be unable to move towards Heledring or its bearer. This power functions even when Heledring is not born by a wielder.

Heledring emits a continual Invisibility Purge effect in a 30-ft. radius centered on the weapon. In addition, Heledring suppresses all spells of less than 7th level that would create any form of Darkness or Silence effect within a 30-ft. radius of it. If brought within an area of magical darkness or magical silence, those effects are suppressed as per the Invisibility Purge. This has no effect on natural darkness (Heledring does not shed light), nor on a creature’s ability to hide by mundane means (including the tendency of non-elves to avoid looking at a Cloak of Elvenkind).

Lastly, Heledring grants any good-aligned elven wielder the ability to create a Wall of Force twice per day, as the spell cast by a wizard of the wielder’s character level. Such a wall always appears the same dark, translucent green color of Heledring’s head. 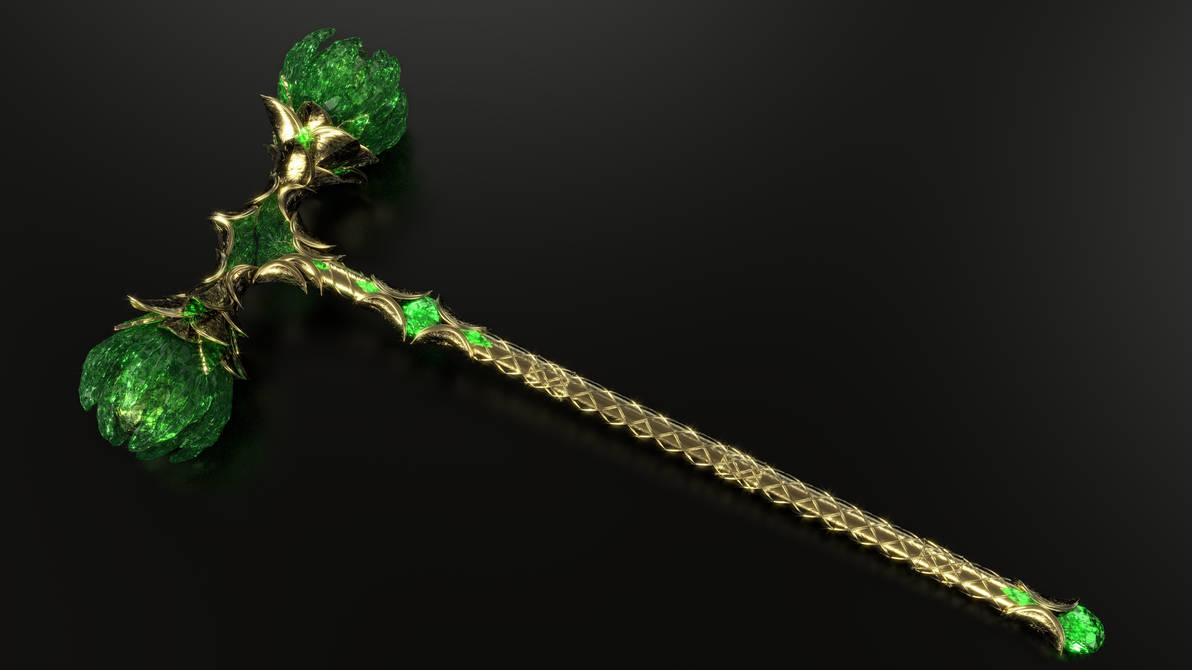 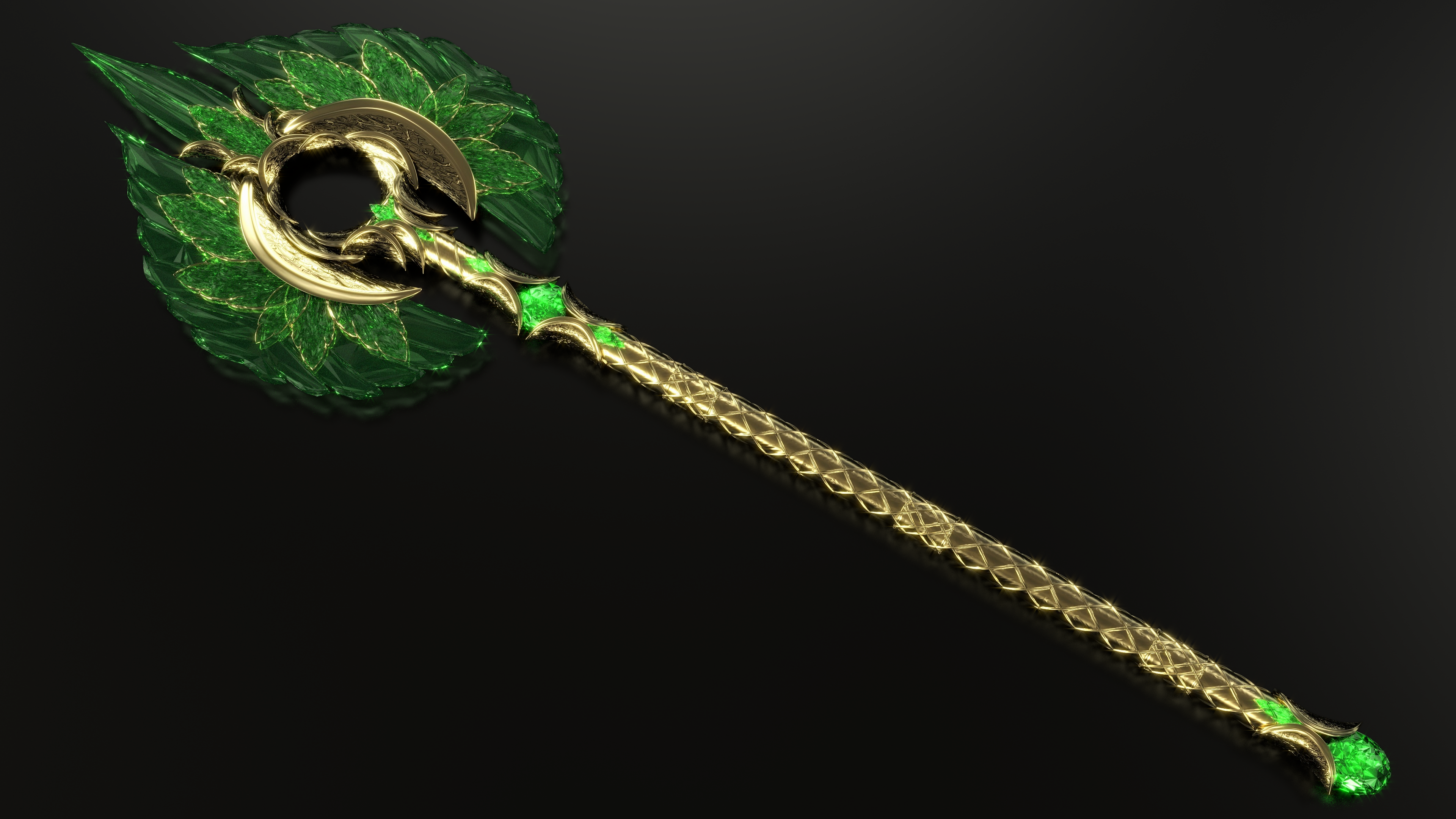 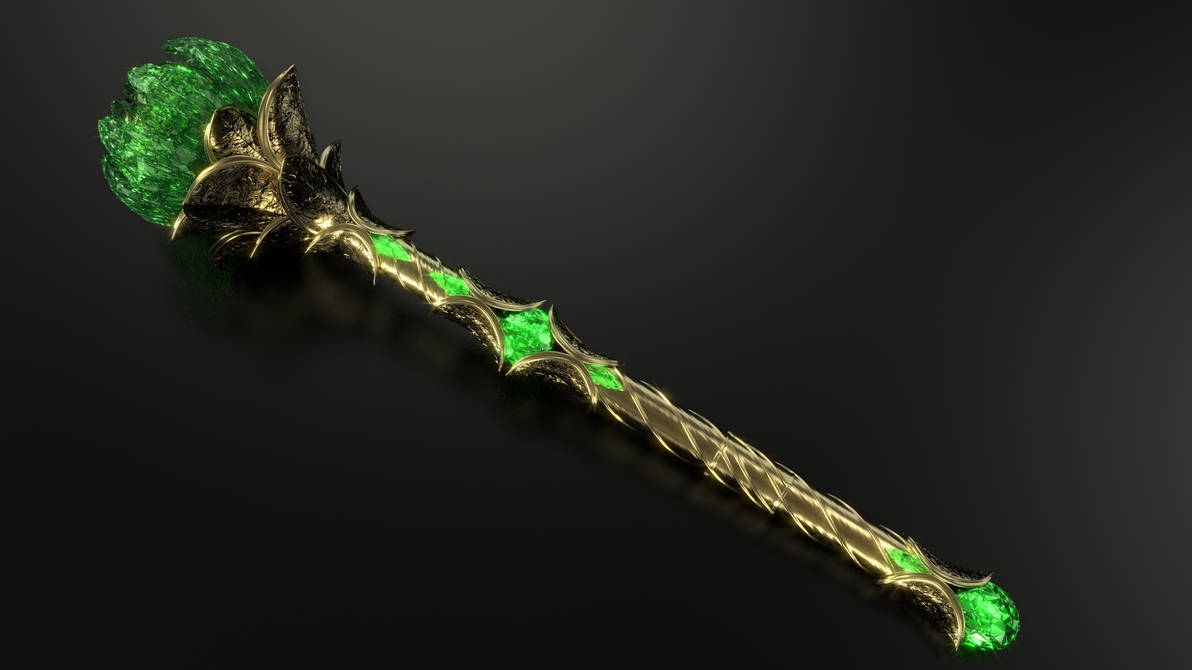 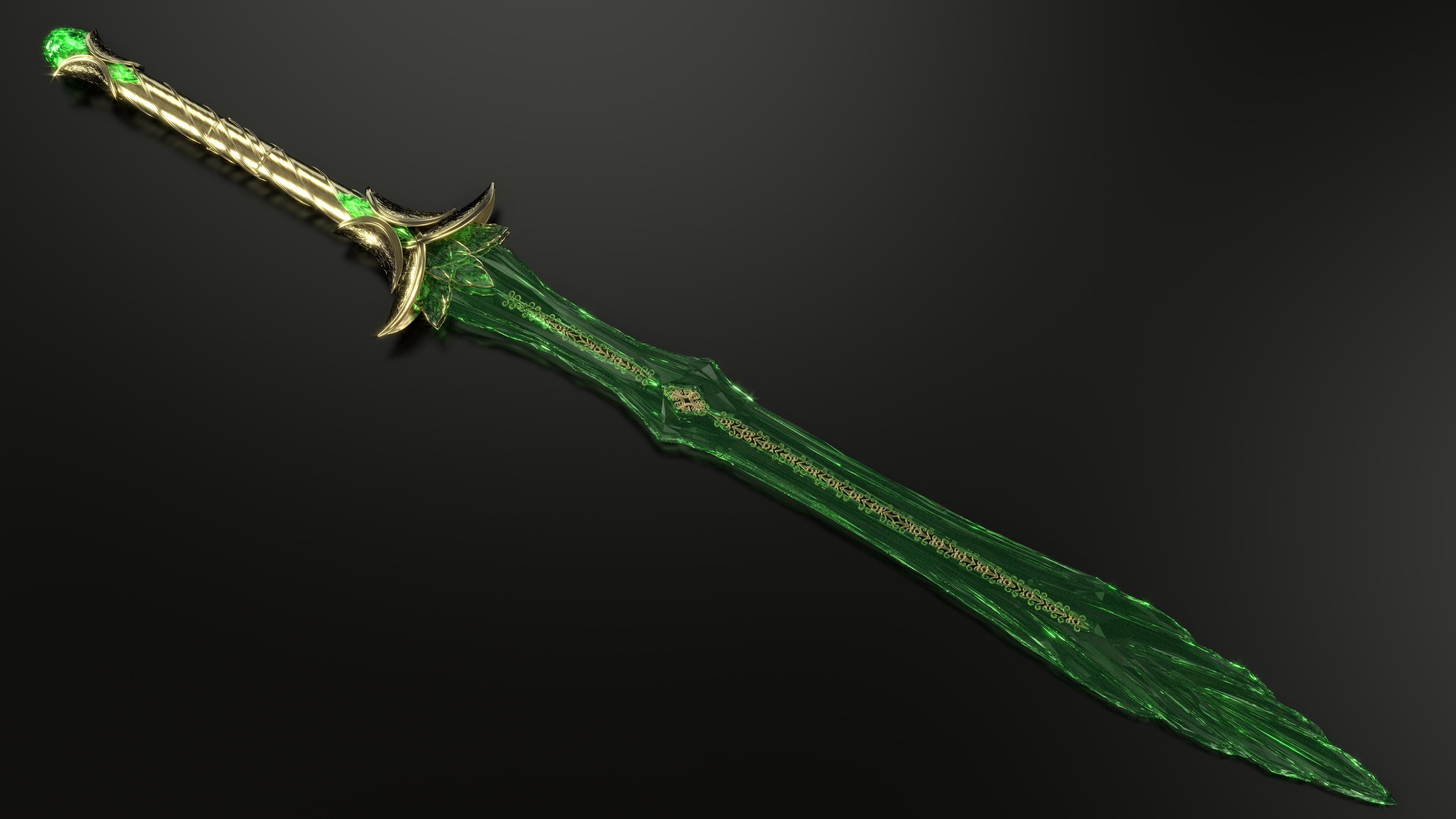 1 For Greater and True Tanar’ri, this often means Teleporting at least 1 mile away from the hated weapon (if not farther). 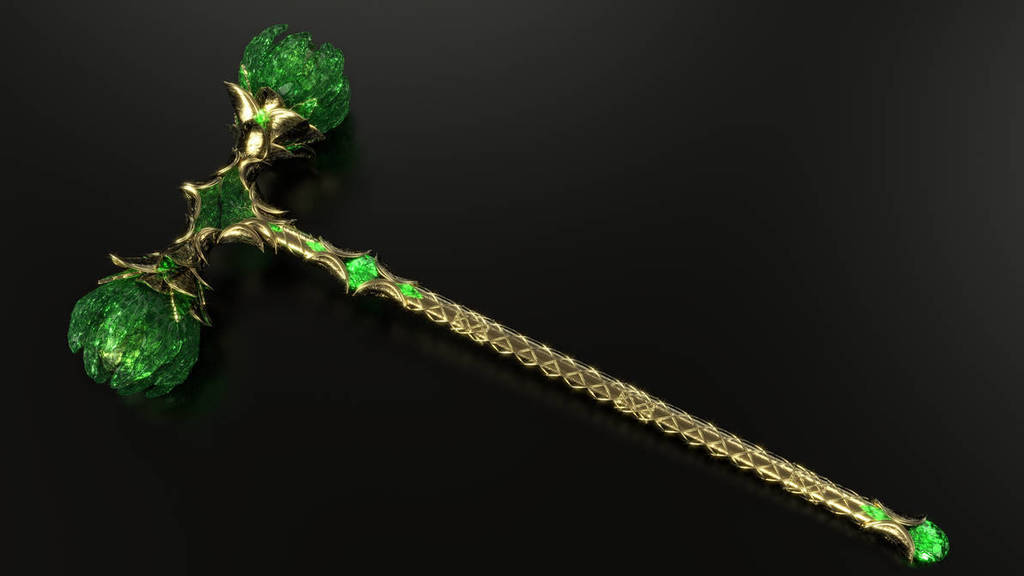