This grisly instrument appears to be a trumpet made from a human femur, bound in copper. It was found on the body of Halitsu a minor devil dwelling in Avernus, the first layer of hell. The “horn” is a form of kangling, a ritual instrument used by certain priests and monastics in the material plane. In traditional practice, the player, motivated by compassion, plays the kangling as a gesture of fearlessness, to summon hungry spirits and demons so that she or he may satisfy their hunger and thereby relieve their sufferings. It is this summoning ability that made it particularly desirable to the fiend, Halitsu.

On a successful roll, one random fiend appears. Roll 2d6 on the table below to determine the type of fiend summoned. If the user continues to play the kangling, another fiend appears each round thereafter (no further “chance to summon” rolls need to be made). These fiends are not under the user’s control, but neither are they immediately hostile to the summoner. A normal NPC reaction check should be rolled on the “Indifferent” column to determine the fiend’s reaction, and the creatures may be bargained with (with the normal risks associated with bargaining with fiends). Summoned fiends disappear 1 Turn (10 rounds) after the user stops playing.

In addition to the possibility of summoning fiends, the powerful kangling also saps the life-force of anyone playing it. A person playing the Horn of Halitsu loses 1 hit point each round that he plays the instrument.

The horn was destroyed, along with its wielder Sasha Ethhald, when the latter was fused into an extra-dimensional stone floor. 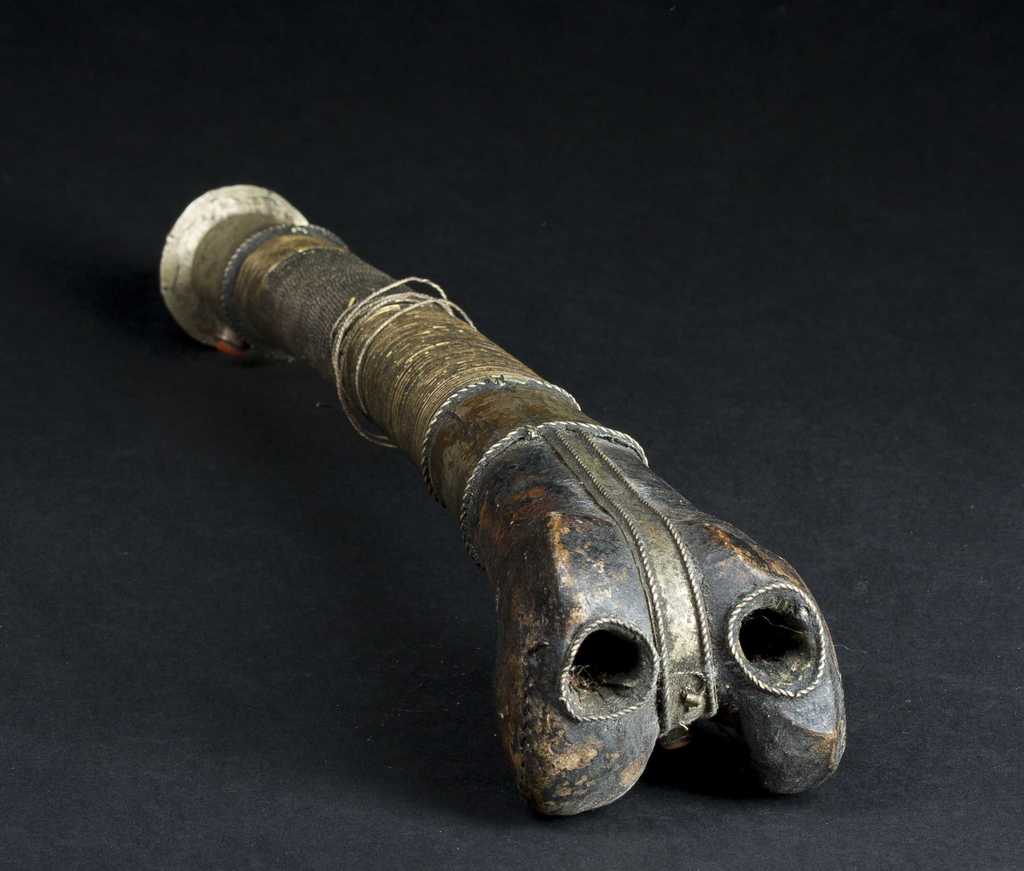