This torn and tattered strip of filthy silk barely qualifies as a shirt, and yet carries powerful enchantments.

According to legend, the elderly sage Elminster of Shadowdale was wearing this shirt on the day he was betrayed and driven from his home by unknown forces. Attacked with overwhelming force in the middle of the night, the sage was forced to flee with nothing save the nightshirt he was wearing, with not even a single spell prepared — leaving his collection of grimoires and magical artifacts to be destroyed in the conflagration that consumed his tower. Penniless and deprived of his magic, the great sage fled to Hillsfar where he became a beggar in the streets, until his life-prolonging magics finally gave out. The once-great sage died — alone, senile and weeping — in a gutter.

The Howling Rags are imbued with the soul of the beggar-sage. Or so the story goes…

Anyone wearing the Howling Rags finds their mind bombarded by the thoughts of the once great and learned man. The wearer’s mind is flooded with knowledge on all manner of esoteric topics, granting him a +3 bonus to his Knowledge ability score, and free access to the Academic proficiency group1. This constant bombardment of thoughts that are not his own are not without danger for the wearer, however, causing him to suffer a -2 penalty on all Fear, Horror, and Madness checks.

In addition, the spirit that haunts the Howling Rags protect the wearer, somewhat. If the wearer of the Howling Rags is struck in melee combat, the spirit of the rags floods the foe’s mind with terrible knowledge. Any opponent striking the wearer in melee must make a save vs. spells or be affected as if by a Fear spell for 1d4 rounds. Foes with multiple attacks must save each time they hit the wearer. Creatures of greater than 4 Hit Dice are immune to this effect. This effect does not function if any other garments or armor are worn over the Howling Rags. 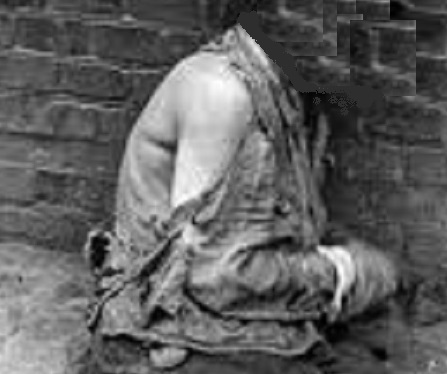