A rounded piece of cream-colored moonstone.

This rounded piece of cream-colored moonstone is a Kiira, an elven “lore gem”. The kiira were used by the elves of ancient Myth Drannor as a storehouse for the owner’s knowledge and memories, often of a magical nature. Many wizards used them as a more portable form of spellbook.

Unlike standard kiira, which bonded invisibly to the wearer’s forehead, a Kiira Mag remains visible but can be bonded anywhere on a wearers body. Traditionally, they were bonded over the heart and kept hidden under clothes, and the gems could be moved by concentration if the heart needed to be exposed. Also unlike the kiira, these gems did not rest placidly upon the skin, but they seems to dig painlessly into the wearers flesh, as if it were stamped rather than magically bonded. A Kiira Mag cannot be removed from its wearer, either willingly or forcibly once bonded. Only the death of the wearer allows a Kiira Mag to be removed.

Like all kiira, the gem stores memories and experiences of its wearer, though these are far more specific if consciously willed into the gem. No matter the gems location, the images are as seen or experienced by the gems wearer. A Kiira Mag never records a wearer’s thoughts or emotions unless willed to do so, and these impressions are embedded within the recorded sights and sounds. Such knowledge can be stored away mentally within each gem, and each separate experience or scene becomes visualized as a separate gem floating within the mind; these isolated “gememories” cannot be unlocked without a mental command by the bearer or by pre-set command words.

As storage units of information, these lore gems record everything just as experienced by the wearer (whether by infravision, magically enhanced senses, etc.). With a command word and a given time frame, the gem can project a small three-dimensional illusion of any “gememory” of what the bearer experienced during that time period. While worn, this power is only commanded by the wearer of the gem. If the wearer dies, the gem will immediately emit its last recorded images and impressions when claimed by a new owner.

This Kiira Mag has sufficient storage capacity to record up to 250 years worth of memories. Spells, being more volatile, require 1 year of space per spell level to record. Normal memories can be overwritten, but spells, once recorded, are static and cannot be removed from the gem’s memory. 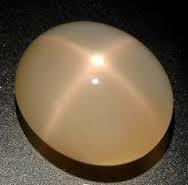