A paddle of wood, more club than sword, it is carved with a pattern of thorns and leaves.

This magical Bokken is still alive and its magical thornwood edges bite and tear at enemies just as a steel blade would. The Living Blade deals damage as a normal Bokken, but deals both bludgeoning and slashing damage. This sword counts as a +1 magical weapon for determining what creatures it can hit, but gains no bonus on attack or damage rolls.

The Living Blade also possesses the ability to grasp and entangle opponents. When an opponent is struck by the Living blade, their weapon becomes entangled the Blade’s vine-like tendrils, granting the wielder an immediate, free disarm attempt (without the normal -4 penalty on the attack roll).

As a living organism, the weapon has a mind of its own, though it cannot actively communicate with its wielder. It is sustained by blood and becomes frustrated when it fails to kill an enemy in combat. At the end of any combat where it does not kill an opponent the blade will tear at it’s wielder’s wrist with its thorny tendrils, dealing 1d4 points of damage. 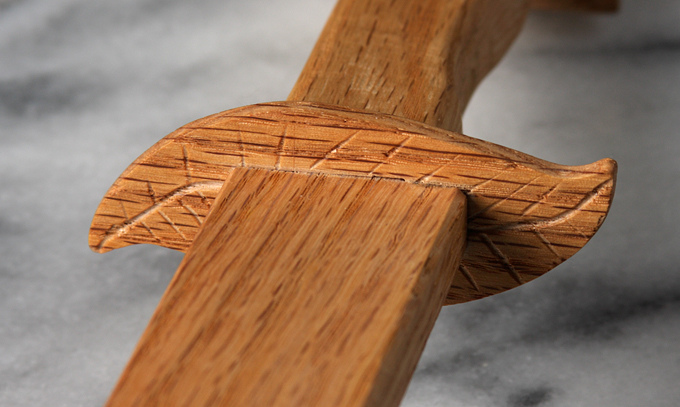