A ring carved from white coral in the shape of a kraken.

This ring is carved from an ancient piece of white and black coral into the shape of a kraken or similar tentacled monstrosity, with one long tentacle curling about to form the the actual ring. Given the ring’s shape and the strange otherworldly knowledge and psionic powers bestowed by it, rumors abound that the ring was not carved at all, but is instead the petrified remains of an infantile aboleth.

The Lore Ring will magically resize to fit any wearer that possesses the appropriate limbs or digits. If subject to spells, it radiates a very strong aura of divination magic, as well as a strong psionic aura.

The ring lore ring can perform any of the following functions. 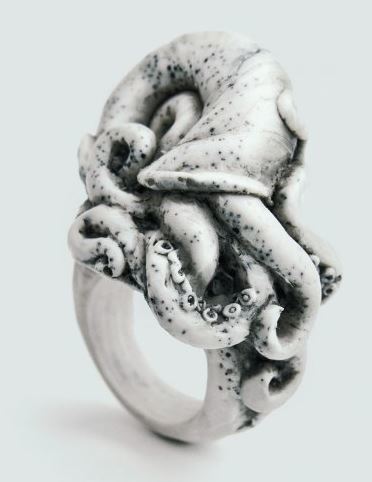