These large, circular bronze medallions are clearly of ancient make, with a ring of heirglyphs spiraling from the outer edge towards the center. Overtop of these original markings, a crude image of a lizard man standing in front of three towers has been etched, and then filled in with dark-coloured tree resin, so as to render the original text almost completely illegible. The recognizable symbols appear to be Kur-Tharsu hieroglyphs, and the still mostly-intact outer ring appears to read “Great lady of importance…” in the Auld Tharian tongue, while another exposed patch on the right-hand side bears the text “…pregnant mother.”

The medallions were made by Ssij, shaman of the Three Towers Tribe of lizardmen in the Twilight Swamp, for the Rough Pack after the latter saved the tribes eggs. According to Ssij, the medallions will mark the wearers as honorary members of the tribe and guarantee them safe passage through the swamp (at least where the two great tribes of Lizardmen are concerned).

A minor dweomer has been laid upon the medallions, such that if anyone other than the person originally presented with it, or his rightful heirs, should wear the medallion, it emits a smell like decaying peat that afflicts the wearer with a -2 penalty on all NPC reaction rolls. 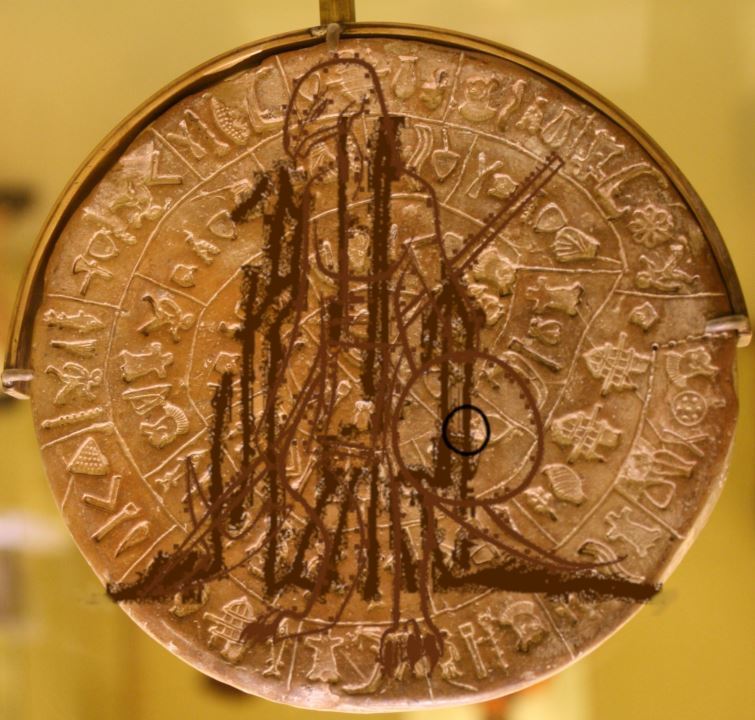