Silver spectacles with a mirror-bright finish.

These silver-framed spectacles have a oversized lenses that are mirror-bright and reflective when viewed from the outside, while still being transparent to the user. These particular magical glasses were created by the mage Aumry of Umber, custom-ordered by the young nobleman Markos Mondaviak after an encounter with a golden eyed bogey-man that only he could see.

A character wearing the Mirror Shades gains a +1 bonus to his Charisma ( Appearance) score. In addition, any gaze attack that requires eye contact, such as that of a basilisk, vampire, or eyes of charming is reflected back upon the gazer. The gazer must make a normal saving throw or suffer the full effects of his own gaze. This reflection does not prevent the gaze attack from affecting the wearer of the Mirror Shades. He must still save against the attack or suffer the consequences, though he does gain advantage on all such saves. 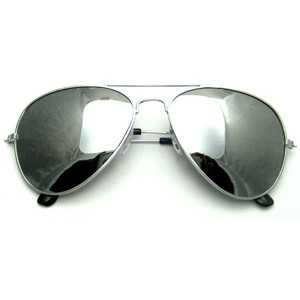