These strange, iridescent fungi are native to the Ethereal Plane. Harvested under the right conditions, they can be brought into any of the Material worlds, where they are much sought after. In the Material Plane, the mushrooms remain fresh indefinitely, and are oddly tasty — their flavor and texture are typically compared to a mixture of butter and air-spun sugar. 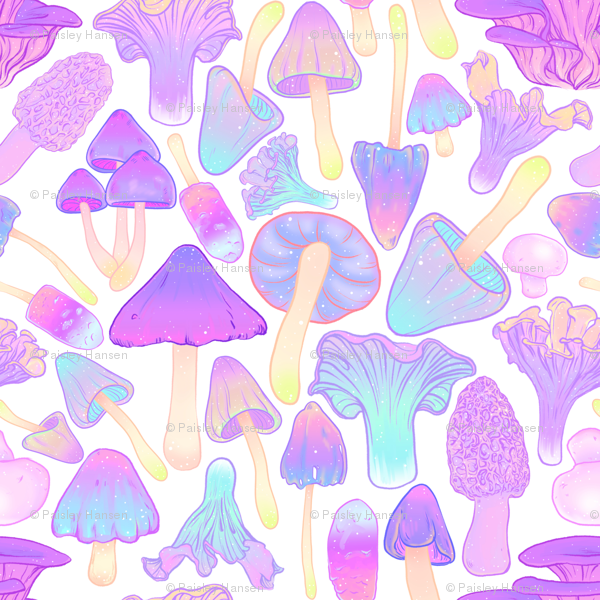