Necromancy is a serious, but ill-defined, crime in the city-state of Hillsfar. Since the definition of “Necromancy” is left up to individual judges, pretty much all magic is functionally illegal. The Necromancer’s Bane was specially commissioned by the Judges of the Red Plumes to deal with those who choose to practice magic with impunity. Crafted, or at leased sourced, by the “Magic and Curios Shop of Hillsfar” (Laris, proprietor), it is unknown how many of these items are in existence, but it likely numbers at least a dozen. The judges armed with a Necromancer’s Bane also typically carry a Wizard’s Eye for finding such wrong-doers.

The Necromancer’s Banes are identical longswords, with a forward-swept cross guard and mahogany-inlaid hilt. Necromancer’s Bane functions as a normal longsword. It counts as magical for determining what creatures may be harmed by it, but gains no bonus on attacks and damage in normal combat.

Against wizards and enchanted creatures, the sword gains a +2 bonus on attack and damage rolls. In addition, the sword can possibly sever a magical barrier (such as a wall of force or prismatic sphere). Any blow against such a barrier requires a normal damage roll (with the +2 bonus), and has a 1% cumulative chance per point of damage of destroying the barrier (as if targeted with a Mordenkainen’s Disjunction).

Finally, it can be used to turn a spell cast against the wielder (as the spell turning spell). To activate this ability, the user must give up one of their attacks per round to literally “attack” the spell—intercepting the incoming energies with the blade. This requires an attack roll against AC 20 (including the sword’s magical bonus). If the attack hits, the spell is redirected back at the one who cast it. 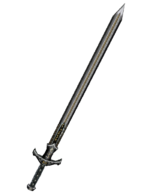