A white metal rapier, with etchings of bones and mocking skeletons along its blade.

This sword was found in the ruins of Sokol Keep on Thorn Island, when said keep was still infested by undead. It was later sold on the open market by the adventurers who discovered it.

The weapon’s magic is not strictly martial, but humanoids slain with it will quickly rise from death and battle on behalf of the sword’s wielder. This weapon functions as a non-magical rapier for combat purposes.

Any humanoid killed with the sword will return from death in 1d4 rounds to serve their killer as a zombie (use the statistics for a common zombie). Zombies created by the sword remain animate and serve the wielder for 1d4 turns, after which they collapse. If the wielder is a specialist necromancer, the zombies will remain animate for 1 additional turn per level of the necromancer. 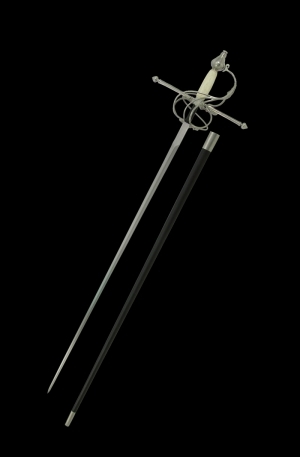