This black steel mace was forged in the Tower of Ergoth in Zhentil Keep. It was there that the power of the Black Network wizards forged many evil weapons. After the Godswar, Nightbringer was given as a gift to the commander of the Zhentarim outpost near Yulash, west of Hillsfar. That commander was assassinated and the mace stolen by unknown parties, only to have the mace turn up years later in the wares of Jerome of Melvaunt, a pawnbroker in Old Phlan, where it was purchased by Battle Cry.

Nightbringer is a powerful weapon, functioning as a +3 footman’s mace. In addition to dealing damage, when the mace strikes a victim, the victim must make a saving throw vs. spell or become blind for 2d6 turns.

If a character of Good alignment tries to pick up nightbringer, that character must roll a successful saving throw vs. spell with a -2 penalty to the roll. Failure means that the character is blinded until a cure blindness or similar spell is cast on him or her. 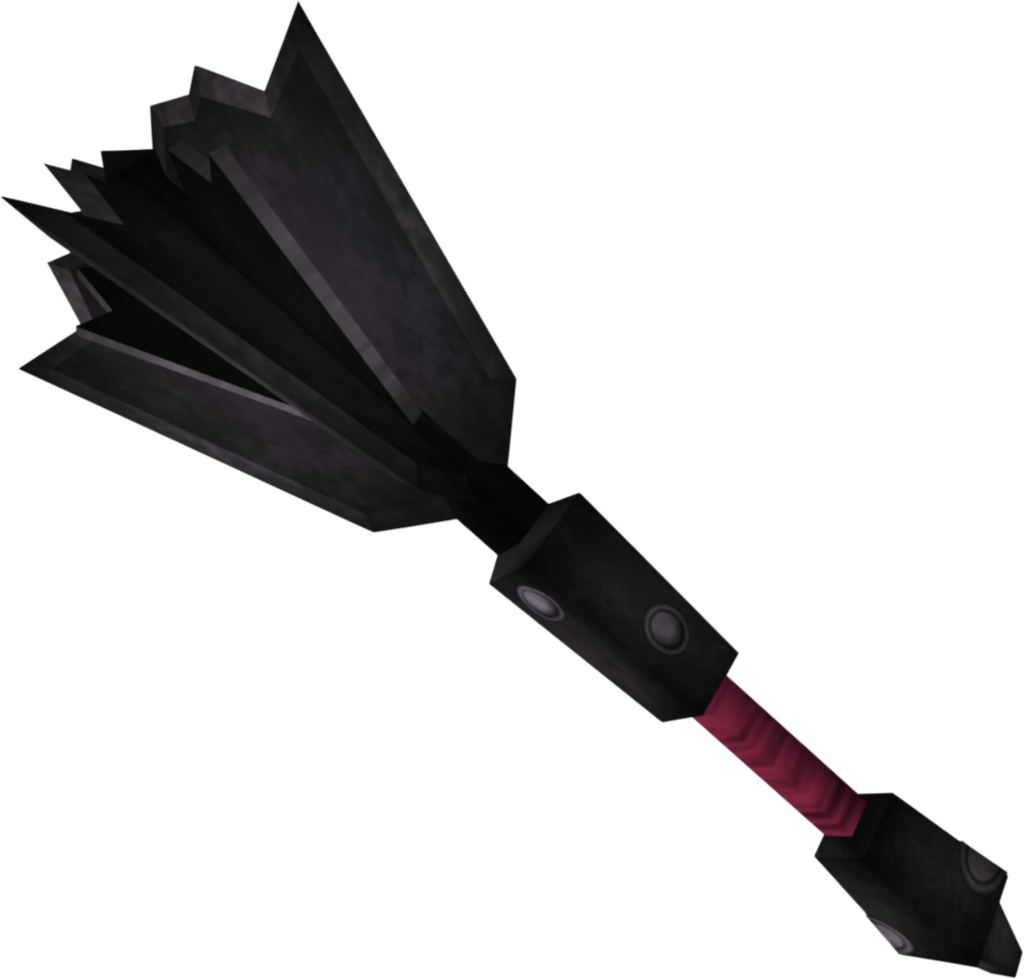