Once owned by the long-dead elven prince, Rashad Nathron’dan’Luemiin of House Nightstar, this leaf-green Brigandine represents the height of elven armor-craft, for those rare elves who value modesty and fashion sense, and thus reject the traditional Elven Chain.

At the open front, six leather straps with metal buckles keep this long, green and black leather brigandine in its place during the fiercest battles. Thin metal plates arranged in a grid with approx. 2 cm of space between them are riveted to the long tunic made of thick black dragon-leather. The tassets are slit at the hips on the front, back and sides. This assures freedom of movement in the thick of battle.

The plates of this suits are made from rare green Baatorian Steel, harvested from the planes of Avernus. This metal is as strong as steel, but also greatly feared by extraplanar creatures of a chaotic nature. Any chaotic-aligned outsider (such as Tanar’ri or Eladrins) suffers a -2 penalty on attack rolls, damage rolls, and morale when attacking the wearer of the Nightstar Brigandine. Likewise, the wearer of the Nightstar Brigandine suffers a -2 penalty on all NPC reaction rolls against such creatures. 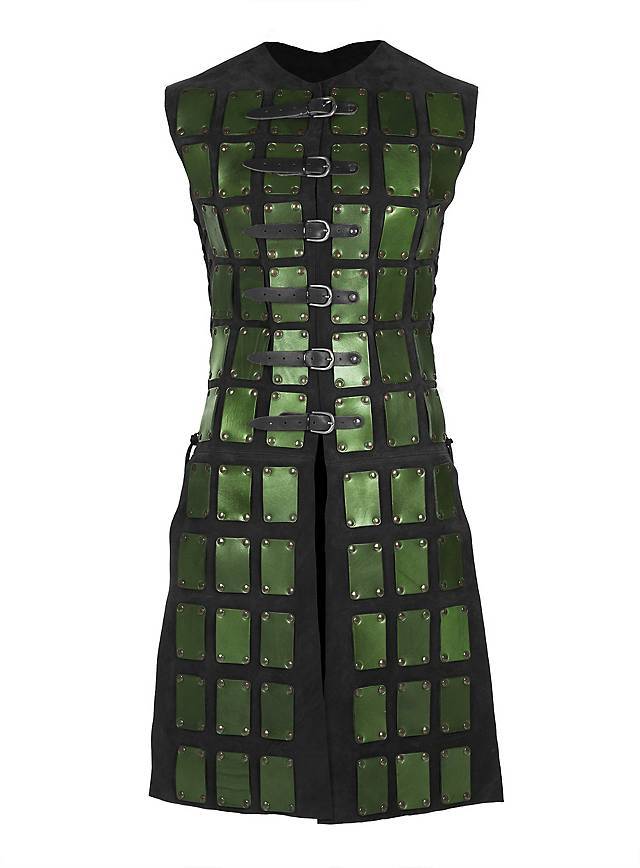