The tiny azure amphibian, no larger than a Halfling's thumb

The simple tiny amphibian, no larger than a Halfling’s thumb, is a poison-dart frog. It’s vividly colorful, azure blue skin is speckled liberally with black spots, concentrated upon the ridge of it’s back, radiating outward and diminishing toward it’s bright blue belly and extremities.

Native to lush rain forests, and belonging to the species Dendrobates Tinctorius Azureus, otherwise known as an Okopipi. Like many related forms of brightly patterned amphibians, the creature’s natural defense mechanism is the secretion of a potent form of Pumiliotoxin from its skin.

If properly fed and cared for by its owner, the Okopipi will provide one dose of poison per day, just sufficient to coat one arrow, dart, sword-point, or dagger. To the non-alchemist community the poison’s effects and virulence are a mystery, but common sense and the reputation of dart-frogs dictates “It’s poison, and poison is bad.” The poison may be administered by simply rubbing a ‘pointy weapon’ against the frog, though this must be done carefully, as being such a tiny fragile creature, hitting the frog with anything heavier than a feather will kill the frog (1hp).

Folk native to Tilverton may remake on the little frog’s unusual azure pigmentation, saying; “Where have a seen that before? Hmmm…” 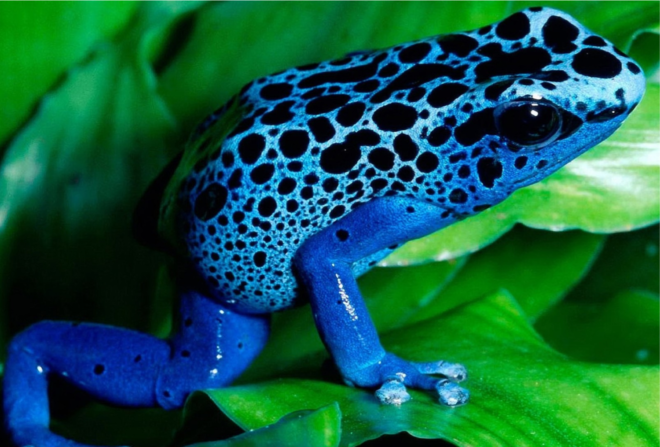