Passed down through an Enutanik tribe, this bow was believed to have been blessed by the gods, for every huntress to wield it always returned from the hunt having successfully downed at least one animal. Arrows fired from the bow, it was said, would find their way unfailingly to a vulnerable point and fell their target.

Rather than allow the bow to be possessed by a single person, the tribe considered it a gift to be shared among all its members. One young tribeswoman, however, coveted the bow and its power, believing she might rule her own tribe if only she had the weapon for herself. One day, when given use of Persistence for the day’s hunt, she endeavored to separate herself from her fellow hunters and left, taking the bow with her.

This plain-looking shortbow is exceptionally accurate, negating all ranged-based penalties to the user’s attack rolls (though it is still limited to the normal maximum range). In addition, any Critical Hit scored on an attack with the bow has its severity increased by 4. 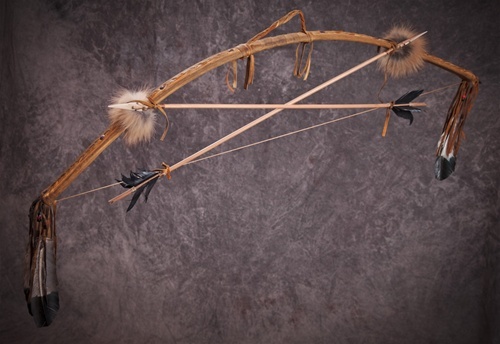