A wicked-looking trident with a black iron and a repeated skull motiff.

This shining three-bladed spear, or trident, is untouched by rust, despite the watery home of its owner. The black-iron handle is six-feet long and has a repeating skull motiff, with a large, demonic-looking skull carved where the shaft meets the blades. This weapon originally belonged to the vampiric merman, Arrik Kaarvol, a servant of the Maalthiir of Hillsfar, sworn to defend their treasures from would-be looters. 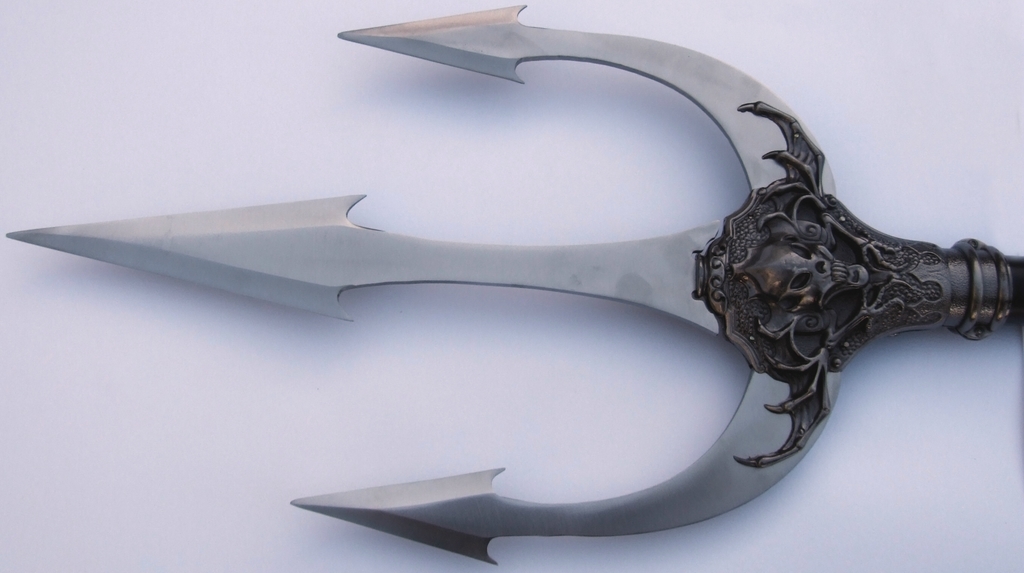