Prior to their downfall, the most important ceremony in the life of House Nightstar was was the investiture of the new scion with Heledring upon his two-hundredth nameday. Named for Prince Rashad Nathron’dan’Luemiin of House Nightstar, this sword was commissioned in the year 876 DR as a replacement after the prince was rejected by Heledring.

Rashad’s Talon was assembled by the court jeweler of Deckon Thar, using a seventh-century Nogese blade, an eighth century Erakan Jade grip, and a gem-studded gold and gilt-brass mounts of contemporary workmanship. The emerald near the top of the scabbard opens to reveal a secret compartment containing a gold coin marked with the name and likeness of Arasheth Ellindir, the most powerful ruler of the Nogese Empire. The underside of the emerald is inscribed with the Nogese phrase “Tuvāṉ’kuviṉ viruppappaṭi.”1

Despite being presented with this magnificent replacement, Prince Rashad suffered a nervous breakdown because of his rejection shortly the ceremony. The only time Rashad’s Talon was ever used was to take the Prince’s own life.

Under most circumstances, Rashad’s Talon functions as a normal scimitar in combat. However, the weapon draws power from the anger and frustration the wielder feels when battling foes that refuse to die. Each time the wielder damages (but does not kill) an opponent with Rashad’s Talon, the sword gains a cumulative +1 bonus to attack rolls, damage rolls, and speed factor against that specific opponent (to a maximum of +5). This magical bonus goes away if the opponent dies, if the wielder uses the weapon to attack a different creature, or if 1 hour passes.

Even without its magical enhancements, Rashad’s Talon is worth tens of thousands of gold pieces for its materials and artistry alone. 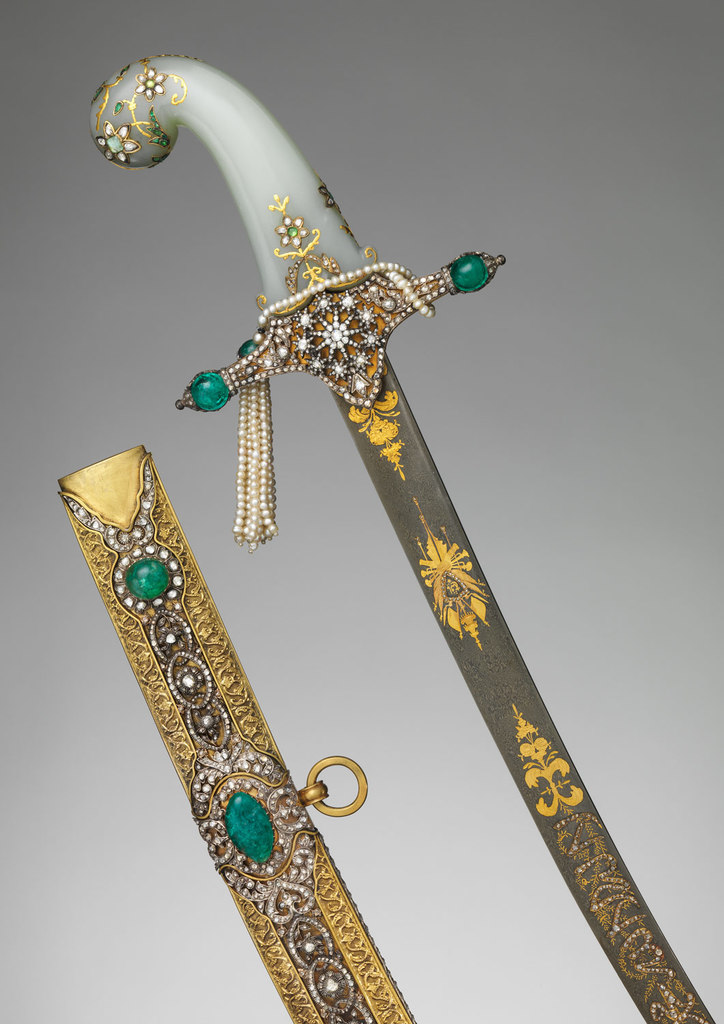