An old, but well maintained, suit of chain mail, reinforced with bronze plates covering the torso.

An old, but well maintained, suit of chain mail, reinforced with bronze bands covering the torso. Worn by the half-orc priestess Razbojk in her heyday, this armor has obviously seen a lot of use. Razbojk was a long-time enemy of the church of Xvim and opponent of its attempts to convert the orcs in and around Phlan. Ever-fearful of magical assault by Xvim’s priests, Razbojk enchanted the armor to protect against attacks by the supernatural as much as the physical. Razbojk committed suicide by poisoning shortly after learning of the death of her son, the bandit lord Noriss the Grey, after which her armor fell into the hands of a group of adventurers. 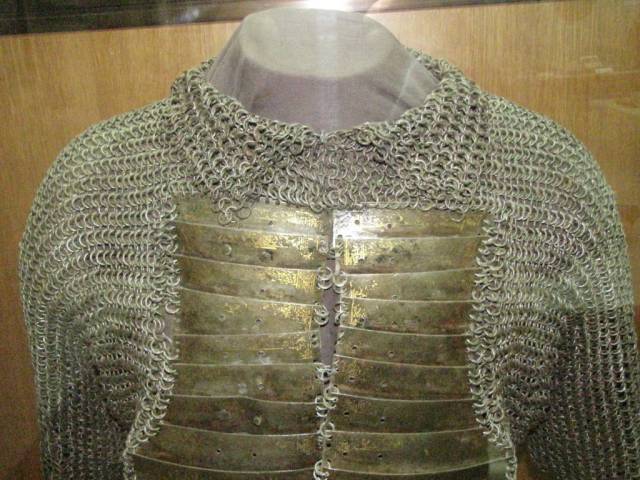