A silver ring set with a large piece of naturally set, uncut emerald.

This silver ring is set with a piece of uncut, naturally formed emerald. The gem and the metal blend into each other, as if the gem were found naturally in a vein of silver ore. It radiates a strong aura of enchantment magic when such is detected.

This ring is part of a series of eight rings fashioned by the Warrior Mystics of the ancient Nogian Empire. Sometimes referred to as the Rings of Affliction, each ring corresponds to a single school of magic, greatly enhancing the wearer’s abilities in that school at the expense of others.

Once per day, an attuned wearer of the Ring of Dekon Thar can cast a single spell of the Enchantment school as if it were cast using a spell slot of 2 levels higher than the slot actually used (to a maximum of 9th level). 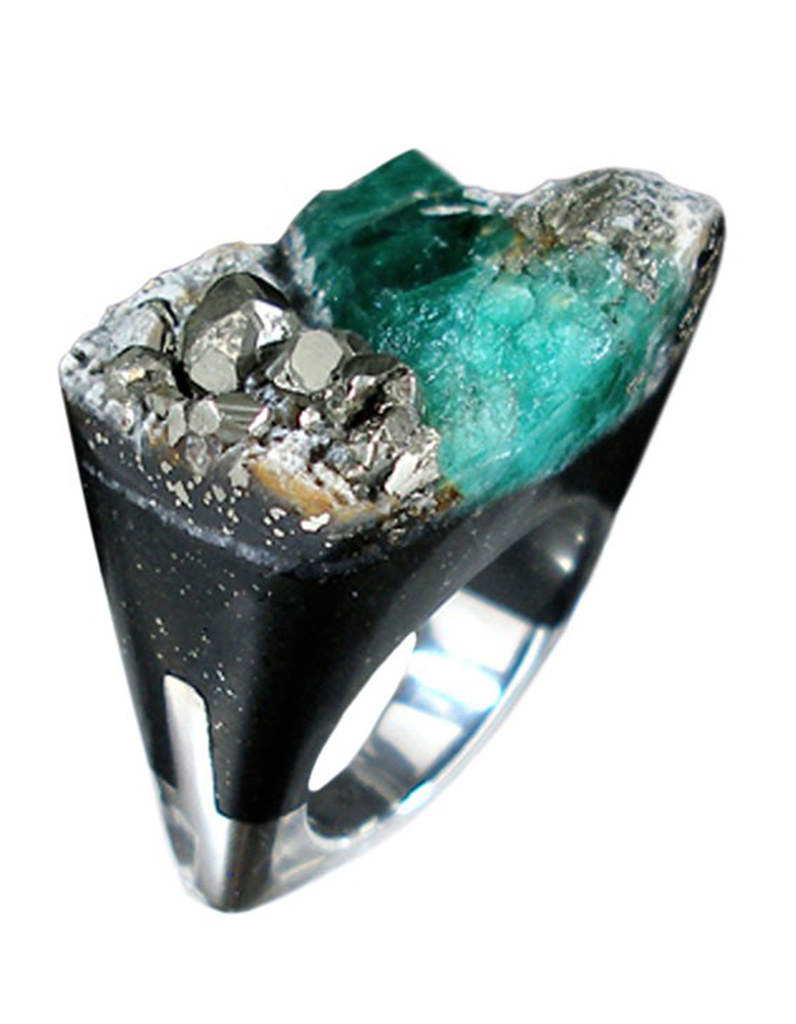