A ring of black gold set with a large ruby.

This beautiful ring is made of solid gold coated in rhodium to appear black and set with a single three-carat ruby and sixty-eight smaller accent rubies. The ring radiates a faint aura of abjuration magic, is continually cool to the touch, and will resize to fit any wearer from as small as a pixie to as large as an ancient dragon. It was found on the body of the young frost linnorm Nanabolele near a magical forge in the heart of the Quivering Forest.

The wearer of this ring is totally immune to the effects of normal fires—torches, flaming oil, bonfires, etc. Very large and hot fires such as molten lava or a wall of fire spell will cause half their normal damage per round if the wearer is directly within the conflagration. Exceptionally hot magical fires such as red dragon breath, fireballs, or the like are saved against with a +4 bonus, and all damage is reduced by 2 points per die (to a minimum of 1 point per die of damage). 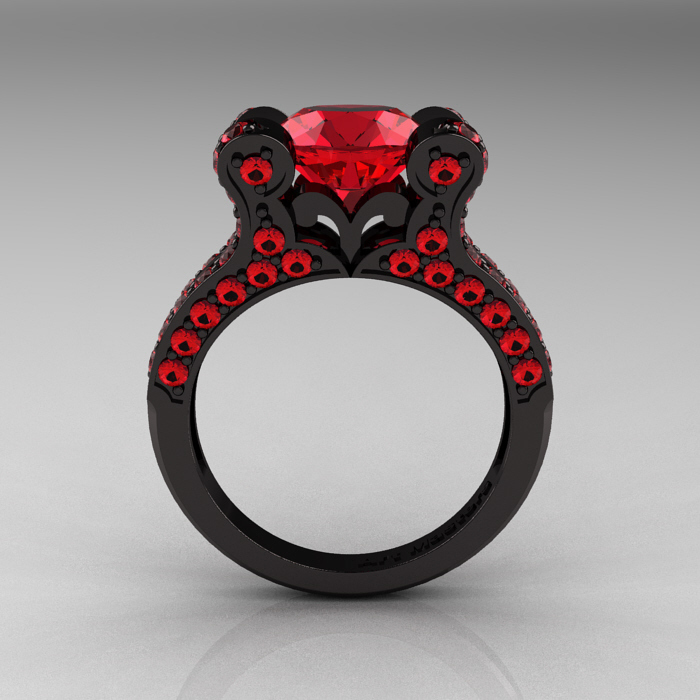