A twisted band of rusted iron, with a square cross-section.

These simple rings are made from a short, square iron bar, bent into a rough circle and rusted in place. Popular and surprisingly common among members of the Roarwater Bugbears, human sages have yet to discern the means by which these rings are enchanted. Despite their weight, these rings always float if dropped into a body of liquid.

This ring enables an attuned1 wearer to walk on any liquid without sinking into it—this includes mud, quicksand, oil, running water, and even snow. Up to 1,200 pounds can be supported by a ring of water walking. The ring wearer’s feet do not actually contact the surface being walking upon (but oval depressions about 1 inch deep per 100 pounds of weight of the walker will be observed in hardening mud or set snow). The wearer moves at a normal movement rate and is considered to be standing on a solid, stable surface for combat purposes.

Walking on liquids in this way requires concentration. The wearer cannot perform any other tasks that require concentration (such as concentrating on a spell) when water-walking. Anything that breaks the wearer’s concentration will cause him to fall into the liquid. Likewise, a wearer that finds himself in a body of liquid suddenly or by surprise (such as being tripped or thrown into a body of water) will become submerged as normal. A wearer who has been submerged, but is at the surface of a body of water can “stand up”, pulling himself out of the water and to an upright position in place of his movement on his turn.

As an added safety measure against drowning, the rings have been enchanted such that the rings become automatically activated, without the need for concentration, if the wearer is rendered unconscious. The wearer’s body will automatically be buoyed up to the surface of any body of liquid and rest there, on top of it, for a duration of 1 minute before the ring ceases functioning.

1 Attuning to a magic item requires that you spend a short rest concentrating on it (this can’t be the same short rest used to learn an item’s properties). Depending on the nature of the item, this concentration can take the form of prayers, weapon practice, or meditation. In any case, the concentration period must be uninterrupted. Once you are attuned to an item, you can use its magical properties. 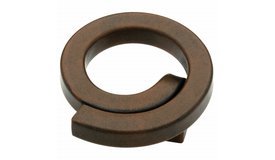