This unassuming blackened steel morningstar is a symbol of leadership among the Roarwater Bugbears. This particular one was taken from Sanders, the leader of a band of bugbears who had taken control of a Xvart tribe living in the sea-caves west of Phlan. Though it appears to be a fairly normal weapon to most creatures, Bugbears can immediately recognize Roarwater, and according to their traditions, will extend the right of parlay to any creature bearing it.

When used in combat, Roarwater functions as a +1 magical morningstar. In addition, Roarwater can be wielded underwater or against foes that are underwater without any penalty or disadvantage. Strikes from Roarwater are always accompanied by the sound of crashing waves.

In the hands of a Bugbear, Roarwater grants the bearer a +1 bonus to his Charisma (Leadership) score. 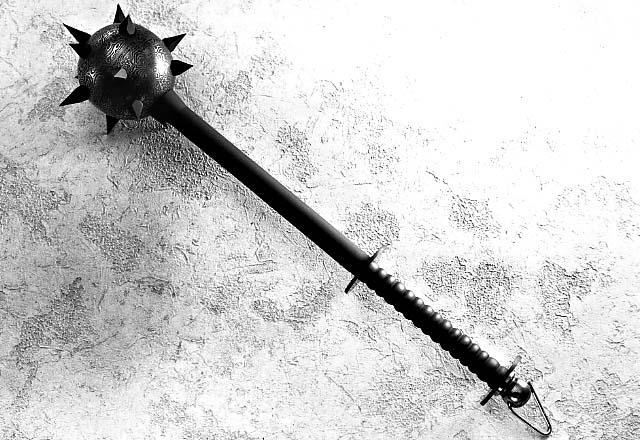