Robe of Many Faces

This dark-purple robe seems to writhe and billow at all times, as if perpetually caught in an erratic breeze. If one looks at it closely, one can see distorted, human-like faces hidden amidst the warp and weft of the fabric. Anyone wearing the robe sees several three-dimensional faces protruding from the fabric at all times — as if someone were behind the robe and pressing their face against it.

The robe contains fragment of the souls or tactile memories of numerous slain individuals. At will, the wearer of the robe can command the robe to transform him into the likeness of any one of those beings. The transformation takes a full minute, during which time the swirling mass of faces beneath the robe is visible to anyone viewing the wearer. Thus otherwise acts as an Alter Self spell, and lasts until the wearer wills the robe to return him to his natural state or assume a new form, or until the robe is removed.

The wearer of the robe may add a new face to the robe by touching the body of humanoid creature that died within the last hour. The corpse’s face must be relatively intact, as any wounds or damage at the time of death will be included in the disguise granted by the robe.

Robe of Many Faces 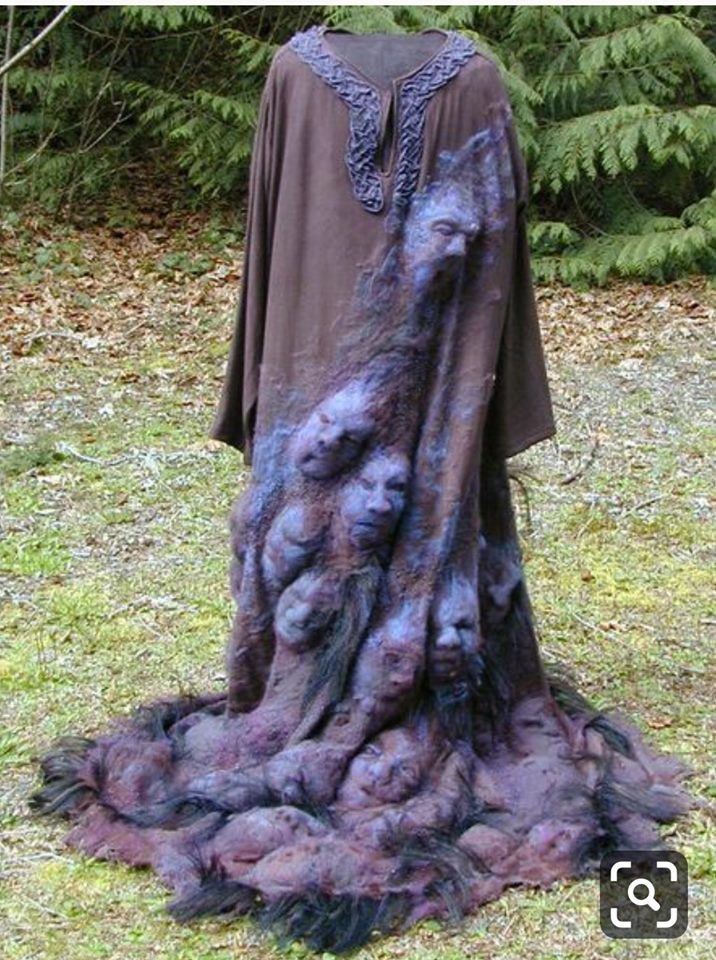