Aroelor took this item from the body of an Elf who he once adventured with. Neither Aroelor nor the elf knew of the rod’s origins when they found it in a collapsed shrine in the ruins of Old Phlan, but that did not stop the idiot elf from activating the rod…unsurprisingly the elf burned to death by an accidentally summoned Efreet and Aroelor only barely escaped via a dangerous game of cat and mouse.

Once per day, the wielder of the rod can, by holding the rod vertically above his head, open a gate to the Elemental Plane of Fire and summon forth one of the following, at random (roll 1d10).

Once summoned, the creatures remain until they are killed, the wielder of the rod is killed, or until a number of turns have passed equal to the roll of the d10 that summoned them. 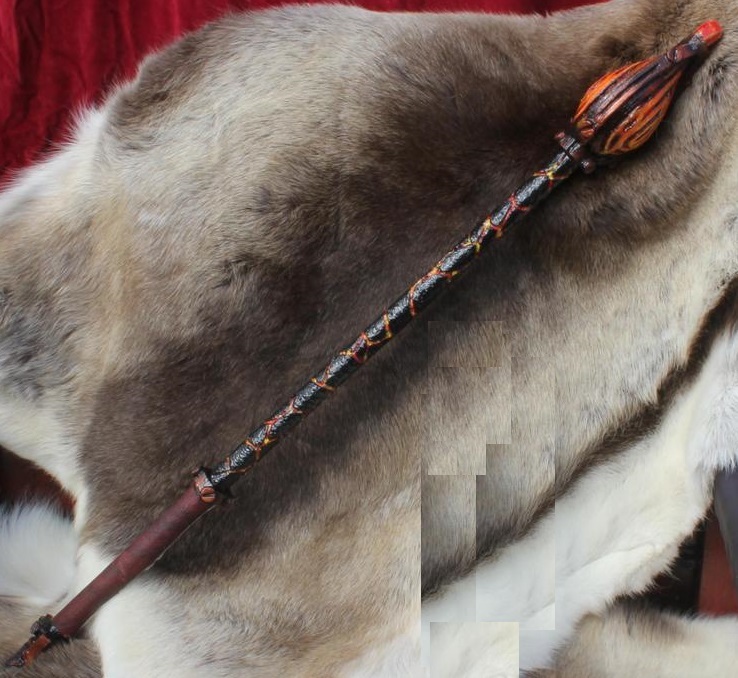